2018 Winnipeg Folk Festival Preview: Who to see, how to keep up, and a look back at last year

"If you listen to 'Halls of Valhalla,' there's the ascending note that he does in that, you wouldn't find many singers that can do that."

Judas Priest has been around for forty years now. The last two decades have been awful for the band for a number of reasons Yet, the band continues to go on, and released a new album last month. The band is horribly past its prime, having become insignificant in the heavy metal scene, and is now left making a joke of itself. On some level, even Grandpa Glenn Tipton knows this. This is why he had to remind the kids with the above quote, that Rob Halford can still hit the high notes. There is just something wrong in Glenn's reassurance. Does he really think that he is fooling anybody when he says something like this? At this point in time, there is nothing more that Judas Priest has to offer, and the best thing for them to do is to retire, before they ruin their legacy any further. This article has five solid reasons for why the band should just quit for good. 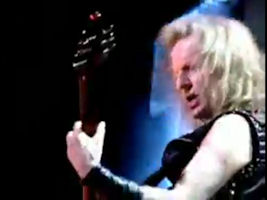 To KK Downing's credit, he was old and wise enough to retire. Sticking it out for any longer would have only left fans with bad memories of him, as that is what is happening to the rest of the band. As for Judas Priest, they are very much defined by the double lead guitars that are made possible only by the duo of KK Downing and Glenn Tipton. These two guitarists have been performing together for the longest time, and have developed an unrivaled playing chemistry. It does not matter how good Downing's replacement is. Nothing can take the place of the playing history between Downing and Tipton. 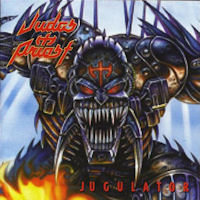 Most Judas Priest fans would say that the last time the band had a solid album was either Defenders or Screaming For Vengeance. After that, the writing started to go downhill, but there were still some great songs here and there. The last truly amazing Judas Priest song released was "Bullet Train," and that was way back on Jugulator. Ever since then, most Priest tunes are just poorly written pieces of rehash. The songs are predictable, laced with absolutely stupid lyrics, and show no creativity whatsoever. It is almost as if the band has nothing to sing about any more. So they come up with stupid song ideas like "Decapitate," "Loch Ness," "Nostradamus," and "Cyberface." 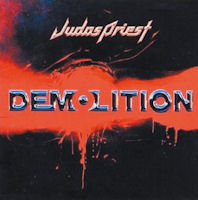 There is just no coming back from the piece of garbage that is Demolition. This has got to be one of the worst albums of any kind ever released. No exaggeration. Everything is wrong about this album. Everything. If you have never listened to any of the songs on this album, then consider yourself fortunate. This album should have never been made in the first place. The only thing this album did, was to convince us all just how bad the band had become. Well, everybody except Rob Halford. Anybody else in his shoes would have turned around after hearing this album, instead of coming back for a reunion ASME B31.3. Granted all the albums that followed Demolition have been better, but that is not saying anything at all. 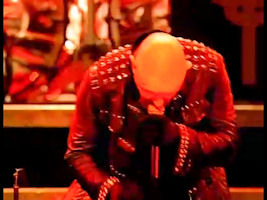 There used to be a time when Rob Halford could perform properly on stage. But that was a long time ago. Since the days of Resurrection (or possibly earlier), the guy has suffered from some kind of amnesia, and has become reliant on a teleprompter to feed him the lyrics of the newer songs. Because of this, he is unable to move around on stage. When singing, he is usually hunched over, and completely immobile. The problem is so bad, that whenever an official video is shot, it tries to hide Rob's lack of movement. Just watch Rising in the East, to see the extreme close-ups attempt to hide this problem. 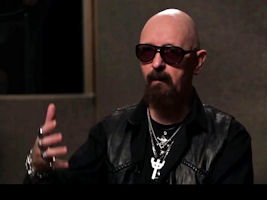 Take a listen to "Blood Red Skies," which was the last time Rob's voice was at its peak. That was on Ram It Down, all the way back in the late eighties. Since then, Rob's voice has gotten progressively worse, to the point where it is unsuitable for heavy metal. To Rob's credit, he can still carry a ballad, such as "Angel," or "Winter Song." Hearing a single withered old man voice sing a duet cover song on his own, actually sounds surprisingly appropriate. But that same voice does not work for anything heavy.

If there was ever a sign that Rob needed to stop doing heavy metal, it was in "Revolution." Take a moment and listen to that song, and hear how pitiful he sounds in it. And this is after how many takes in the studio? Or take a listen to that first scream in "Halls of Valhalla." The combination of old age and singing for all these years have taken its toll on Rob. He is just not the same any more, and worst of all, he does not know when to quit.

Kids, do yourselves a favour and skip Redeemer of Souls.

For those of you that still want to hear some screaming heavy metal, make sure to check out these albums fronted by the world's most famous Judas Priest tribute singer.