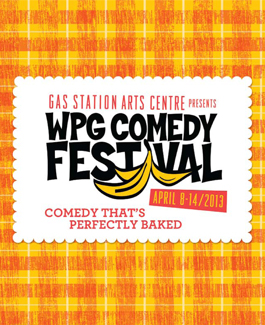 ShowbizMonkeys.com is once again giving away tickets to several shows for this year's Winnipeg Comedy Festival, taking place at a variety of venues around Winnipeg from April 7th to 14th. We have a pair of tickets to each of the 11 shows listed below, which feature great stand-up comics and performers such as Jon Dore, SeÃ¡n Cullen, Jonathan Torrens, Steve Patterson, Jonny Harris, Charlie Demers, Mark Forward, Rob Pue, John Wing, Darren Frost, Kenny Robinson, K. Trevor Wilson, Ron Josol, George Westerholm, Al Rae, and Pat Thornton, as well as some amazing local comedy talent!

For your chance to win, fill in your name, your info, and which of the shows you would like to enter for in the Entry Form below. All winners will be drawn from the same pool of entries -- please do not enter more than once.

And keep your eyes on ShowbizMonkeys.com leading up to and throughout the Winnipeg Comedy Festival for interviews with several of this year's performers!