Midnight In The Switchgrass

Sparkling: The Story of Champagne 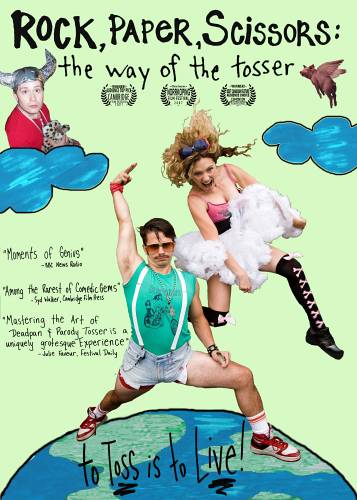 ShowbizMonkeys.com is giving away two grand prizes related to the hilarious comedy, Rock, Paper, Scissors: The Way of the Tosser, directed by and starring Tim Doiron and April Mullen. The first Grand Prize is for all entrants in the United States and Canada, while the second is specifically for Toronto residents. Prize details are listed below. For your chance to win, fill in your name, your info, and your answer to the skill-testing question in the Entry Form below. Good luck!

Throughout history people have used their body, mind and soul in their never-ending quest for power. Gary Brewer uses his hands. Flanked by his girlfriend Holly Brewer (no relation) and his best friend Trevor, Gary sets out to find his destiny. Plagued by his arch nemesis, Baxter Pound, and inspired by his mentor, Finnigan O'Reilly, Gary tosses day and night to prepare for the competition of a lifetime. But will winning solve all of lifeâs mysteries? Themes of love, friendship, acceptance and affirmation are cautiously revealed in this quirky comedy that is destined to be a cult classic.

The winner of the Toronto grand prize will be invited to a night out to remember, which will include a Polaroid photo shoot at a karaoke party with the Tossers themselves. Of course, the Tossers will be dressing the winner in Tosser gear for this special photo shoot with some memorable accessories to keep as well. The photos will be posted on the official website's "Tosser Hall of Fame".