Fearing the all too often trailer leaks the internet is known for these days, Disney/Marvel came up with a secret plan to debut their first teaser of the upcoming Marvel's Captain America: Civil War on Jimmy Kimmel this Tuesday night with help from Captain America (Chris Evans) and Iron Man (Robert Downey Jr.). And damn was it incredible. Before I geek out, at length I might add, take a look see for yourself below.

Even though the majority of Marvel's MCU (Marvel Cinematic Universe) is set in a fantastical world of mechanical flying suits, super soldiers, gods, monsters, and aliens just to name a few, they have always had elements in their films or TV shows that helped keep the stories grounded. They take the source material of the comics seriously by mixing mythology and realism with levity and practical themes. Civil War is no different. 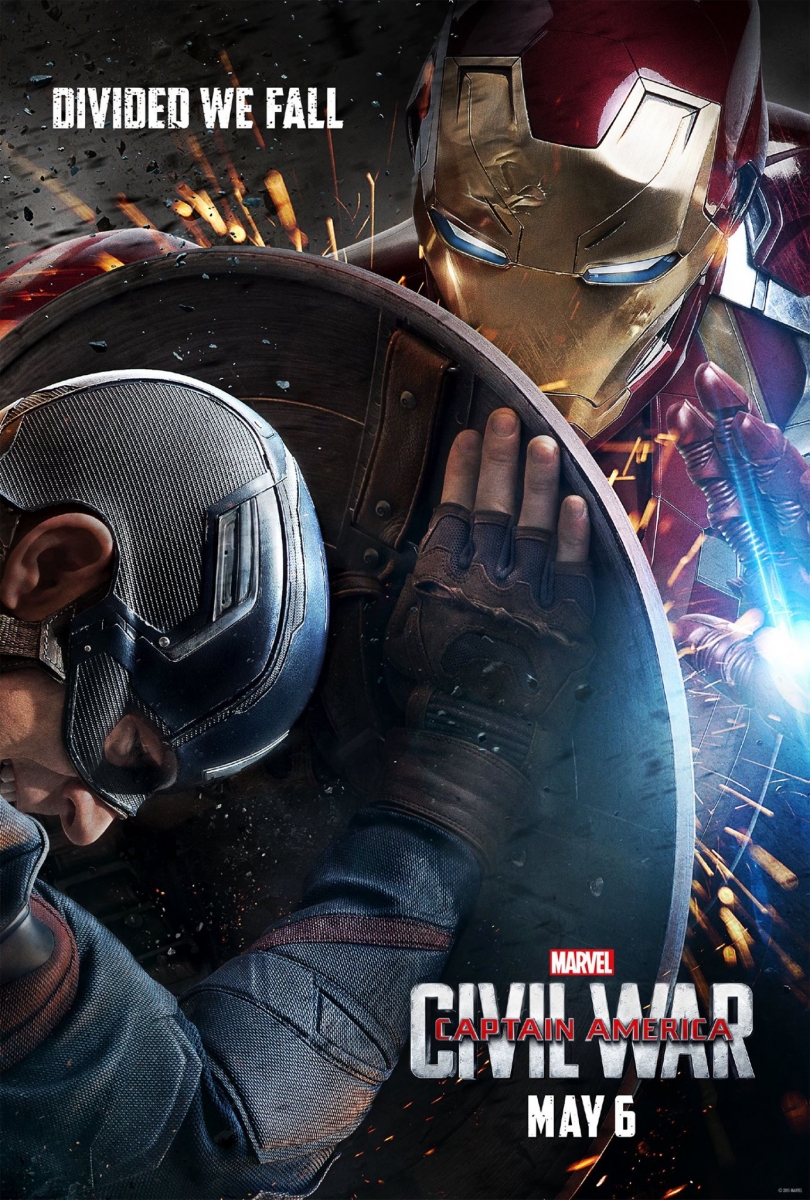 Much like author Mark Millar's brilliant 2006-07 "Marvel: Civil War" comic series of the same name (which I'll come back to in a moment) Captain America: Civil War's story is a practical take on the position governments would persuasively have to take if these remarkable characters existed. Operating without any oversight or really any accountability, superheroes like Captain America and Iron Man would be considered vigilantes if not acting under some organization's or some government's authority. Again just like Millar's series, Tony Stark as Iron Man sides with the government to establish order or some form of a chain of command to hold them all accountable for their actions. Almost ironically, the constant soldier in Steve Rogers' Captain America refuses the obvious regulation both governments and their public demand. With those themes, this story, a stacked cast arguably bigger than the last Avengers film, and the Russo brothers (Anthony & Joe) returning to direct, Civil War is bound to deliver on all fronts. But what did Marvel and the Russo brother decide to show fans with this first teaser of the film?

Even though the Marvel "Civil War" comic series shares the same name as this Captain America sequel, the two will have some major differences. Marvel's MCU is a big sandbox to play in, with all their multiple film franchises, yet the "Civil War" series was a massive event that crossed over with nearly every title they published at the time. AKA the entire Marvel sandbox. The main series was only 7 issues, however there were dozens of side stories that took place along the way that directly impacted the main narrative, something that this one film frankly will not be able to do in two plus hours. Millar's story didn't just separate Avengers onto different sides, it broke up other superhero teams, broke up characters' marriages, turned heroes into villains and villains into heroes. Millar's comic series will be nearly a decade old by the time this film comes out, yet I still don't want to spoil too much of it pointing out what can and can't happen, in case moviegoers decide on picking up the books or just want to see it for themselves. What I can say is if Captain America: Civil War is half as good as Millar's series, then May 6, 2016 is going to be awesome.

Andrew Burns loves film and comics, and can be found writing about when those worlds converge. You can follow him on Twitter at @myAndrewBurns.