So the big news this week is of course the Oscar nominations, causing people like me to over-analyze everything. Who can blame us? The Academy Awards is our Superbowl. I will be making observations about the Oscar race for the next couple of weeks. Here are a few of my thoughts thus far:

The Town snubbed? Did anyone really think this movie deserved to be nominated for Best Picture? Seriously, it's a well crafted, solidly acted, very entertaining action thriller. But best picture? As solid as it is, it's just too conventional for my taste. It kept reminding me of Heat (1995), Michael Mann's far superior cops and robbers heist saga. It outshines The Town both in scope and ambition. I know there's such a thing as good genre filmmaking and The Town is great genre filmmaking. But in order to be nominated for Best Picture, you have to do more than that. The Town for me didn't stretch the boundaries of the genre and show me anything I hadn't seen before.

Is there really such a thing as being snubbed anymore when there's now 10 nominees for Best Picture? There's no way The Town would have even been in the running if it was released two years ago. Being snubbed when there's five extra chances just means that film is that much worse. If you can't get nominated with 10 nominees, then you don't deserve to be there! 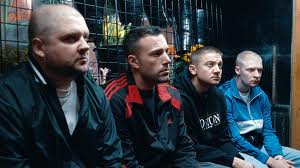 Audiences, critics, and especially Academy members are always so surprised when actors direct movies that turn out to be good. Robert Redford, Kevin Costner, and Mel Gibson are all actors-turned-directors who have all won Best Director Oscars, a prize that maestros Alfred Hitchcock, Stanley Kubrick, and Orson Welles have never received.

The Town would not have gotten the reaction it received if it was directed by Michael Mann, or John Frankenheimer, or William Friedkin, because it would have been seen as only a genre picture and those directors would have just been doing what they do best.

But directed by the star of Daredevil and Gigli and all of a sudden the material turns into Shakespeare!

I'm not buying it. The Town was one of the better action films of the year, but it deservedly did not get nominated for Best Picture. 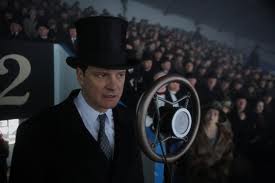 The King's Speech has now officially positioned itself as the front-runner for this year's Best Picture. After winning the Producer's Guild Award and becoming the most Oscar-nominated film of the year, this weekend the film's director Tom Hooper beat out favourite David Fincher (The Social Network) for the Director's Guild award.

Oscar momentum ebbs and flows and it looks like a Social Network backlash has begun. What happened? The early favourite made a clean sweep of all the end of year critic awards, then cleaned up at the Golden Globes, but now looks like its heat has peaked and cooled off.

Much has already been said about The Social Network being a youth-oriented film and older Academy members will back The King's Speech, which seems to be the case. It's sad but not surprising as this has been the trend for decades.

I've long debated the difficulty of the thematic expression of a film set in the present versus a film set in the past. I think it is much easier to get the point across if the film was set in the past. We have decades and decades of hindsight that make it easier to see what we have learned from life back then. Setting a movie in the present and telling the world it's got problems take a lot of balls. It's hard for a filmmaker not to look like a prick.

"An artist entertains, only a prick wants to change the world." - UNKNOWN

Maybe that's the problem. Maybe The Social Network looks like a prick. Realistically (or according to the film) Mark Zuckerberg is the prick, not David Fincher. But don't tell that to the Academy because their mind seems to be already made up.

That's too bad, because films aren't just artistic expressions for a populous audience. They are also artefacts of culture. Blueprints for life. Decades from now, one can look to The Social Network to see a snapshot of the early 21st Century. I guess the same could be said for The King's Speech and the early 20th Century.

The point is, artistic achievement is not the same as cultural significance. So even if The King's Speech gets crowned as the Best Picture this year, it is undeniable that culturally, The Social Network will be remembered as a snapshot of who we are today.

Perhaps that's why the pendulum had swung in favour of The King's Speech. Because members of the Academy don't like who we are.

Mike, this is by far your best article yet. You've got a way of really seeing past the surface, connecting all things relevant, and to point out the significance of it all. It is times like this that I would dare say that your writings are every bit as important as the topic that you are covering, and is the most important part of the snapshot: the people looking at it.

Agreed, great article. I have the same feeling The Social Network could come in second to The King's Speech, but not for the right reasons. This isn't the Globes and its not "Best Drama". Its the Oscars and its "Best Picture". Years from now The King's Speech will be remembered as a great dramatic film, but people won't remember it for anything more. But this year's films like The Social Network, Inception, Toy Story 3 or even the over the top Scott Pilgrim vs. The World will be (or least should be) remembered as great films, as well as film landmarks for their own generation.

As for the Affleck factor, I think his frosted tips and terrible roles of the past help us lower the bar for our exceptions as an audience. So when he makes a really good movie people see them as a great one. That being said, I agreed it still doesn't match up against Heat.

The Social Network was my favourite film of the year... until I saw The King's Speech. I realize that MY favourite movie of the year does not equate to what is deserving of the Best Picture Oscar, but I couldn't help but be absolutely amazed at the acting clinic put on by Colin Firth and Geoffrey Rush, not to mention the way the story was told.

As I said elsewhere, I'd be happy if any of several front-runners ended up winning Best Picture, but if The King's Speech wins, I feel it's deserving.

(I'd really be pleased if the accolades were spread around nicely. Firth gets the Actor Oscar, Fincher gets Director, the Coens get Adapted Screenplay, etc.)