Oscar Talk: What Y'all Complainin' Bout?

The blogosphere runs amok every time a pop culture event hits, big or small, allowing people to debate the pros and cons of anything and everything. This week's Oscar nominations are no different: an event tailor made for master debaters of pop culture. Here we have a group of people (The Academy) from a delusional part of the world (Hollywood) who proudly claim every year that they have the be all and end all of 'best of' lists. And we're pathetic enough to believe their list is worth getting upset over. And boy, people are upset this year!

Here's what most people are bitching about:

Two years ago the Academy expanded the Best Picture category from 5 to 10 nominees. Since nobody liked that idea, they announced this year that the category will have between 5 and 10 nominees. All a movie had to do was get 5 percent of first place votes. In other words, approximately 300 members of the Academy have to pick your movie as the "best of the year". The Academy will nominate every movie that reaches that goal as long as the list doesn't exceed 10.

That is all you need to know. There are more details involving a formula and a "magic number" that will make anyone's head spin. I've wasted hours reading the rules over and over and still don't understand them.

Those who actually care can check out the link below for a detailed example of this cockamamie system:

My advice? Make it 6 nominees for Best Picture and leave it at that. It's the biggest award of the night, so allow for one extra nominee. And keep the same number every year. A fluctuating number of nominees will only devalue the honour. Tradition grows from consistency. Honour grows from tradition.

The reality? The outrage was fuelled by his very vocal and predominantly female fans. Anyone actually following the lead up to Tuesday weren't expecting Mr. Gosling to get a nomination. Yes, he was great in all three but unfortunately one of them didn't stand out head and shoulders above the rest. It doesn't matter how great of a cumulative year he had in 2011, it's an award for best acting, not most acting. 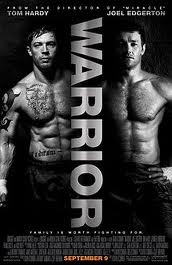 After Nick Nolte received a Best Supporting Actor nomination, Warrior became the first movie about modern Mixed Martial Arts to be nominated for an Oscar. Congratulations Dana White, the path to world domination is getting clearer and clearer.

An article on EW.com claims Extremely Loud & Incredibly Close holds this dubious distinction because it is the lowest ever scoring Oscar Nominated film on Rotten Tomatoes, with a rating of only 46% fresh. I don't know how to argue against this fact. Their point is scientifically proven! The statistics don't lie. Mathematically, the film is the worst movie ever nominated! They are absolutely right. Come to think of it, this list is a revelation. Who needs the nominations at all now that we have this list? Clearly the top ten titles on the list will be our ten nominees. Who needs to watch movies now and be personally moved by them? Who needs to develop opinions and debate them with others? Who needs human thoughts when we have a mathematical formula to make decisions for us?

Even with nine Best Picture nominees, the final instalment of the Harry Potter franchise was not one of them. Potter fans actually believed it would get some kind of franchise retrospective nod a la Lord Of The Rings. Did you forget, Potterheads that all three LOTR films were nominated for Best Picture while not one of the Potter flicks ever was? Sorry Potterheads, better luck next year... oh, uh... never mind.

Every now and again, columnists have to go back on their words. Last week I claimed that award shows are great as "advertisements for films that wouldn't normally get the advertising they deserve because they'd have to compete for screen time with movies about ass kicking robots, or something along those lines."

The Oscar Gods must have heard me because low and behold, on Tuesday the words "Oscar Nominated" will forever be linked to the film Real Steel, as it picked up a nod for Best Visual Effects. 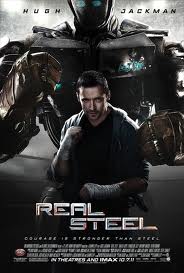 But for the rest of you passionate whiners, I mean bloggers out there, I feel your pain. I too was disappointed not to see David Fincher's name among director nominees, ditto Charlize Theron and Leonardo Dicaprio in the acting categories. And it's a shame Michael Fassbender wasn't recognized. (Sorry, I couldn't resist. I've been saving that one all week!) I had hopes for two of my personal faves of the year: Win Win and 50/50 but I wasn't surprised they were snubbed. One of the real head scratchers, however, was the omission of The Adventures of Tin Tin by Oscar Dream Team Steven Spielberg and Peter Jackson in the Animated Feature category. Especially since Tin Tin scored higher than Kung Fu Panda 2 on Rotten Tomatoes!

And don't get me started on Bridesmaids! I need a whole other article for that!

But, unlike all the other Oscar nomination bloggers out there, I choose to end on a positive note: with a shout out to the pleasant surprises I heard last Tuesday. Congratulations Terrence Malick and your opus The Tree of Life, undoubtedly the most ambitious film of the year. Your lack of support in the weeks leading up to the announcement made me think the Academy would forget about you. And kudos to Brad Pitt for starring in two movies nominated for Best Picture (Moneyball and Tree of Life). As everyone was marvelling at the year Ryan Gosling had, you too had one for the ages. 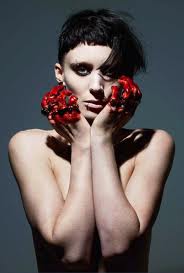 Here's to you Rooney Mara, it's been a long a time since a movie gave me nightmares, but thanks to your portrayal of Lisbeth, I had never been so... ahem, excited to have them. And finally, congratulations to all the cinema lovers out there. Despite nine nominees, this year is a two picture race: Hugo versus The Artist, both homage's to the early days of cinema. Regardless of who wins, this year's ceremony will be a celebration of movies for people who love movies.