Oscar Talk: Comedy vs. The Academy

Every year there are numerous films or performances that do not get nominated for an Academy Award and the media throws the word "snubbed" around as if the omission was some kind of personal slight. Truthfully, it's impossible to narrow the hundreds of movies and performances down to just five or ten nominees that are required to represent "the best" of the year. Film fans should take it as a compliment that there are not enough slots to fill. Doesn't that mean there's just too much quality? Ironically, people always complain there aren't enough good movies out there. I never hear anyone say, "Gosh, there's just too many fine works of art this year. It's unfortunate we can't celebrate them all!" All I ever hear is "'So and so' got snubbed!"

The simple truth is, not everyone can get nominated, especially smaller, lesser known films which can get lost in the shuffle vying against those willing to spend more money campaigning. See Harvey Weinstein.

We also seem to forget the fact that The Academy has the right to vote for whoever they want. As biased as it may seem to the average person, the nominations are just their opinion. And how can someone be wrong about their opinion?

This year, there was one glaring omission that seemed to be the most popular complaint: Bridesmaids for Best Picture.

Why is this so? Perhaps having only nine nominations this year fuelled speculation that suggested Bridesmaids would have been the tenth nominee. But who's to say The Girl with the Dragon Tattoo, or The Ides of March, or Drive, or Shame, or Young Adult wouldn't have filled in that last spot? Any one of those movies could have been nominated too. Why are people upset about the Bridesmaids snub more than any other this year? True, based on box office, it was far more popular than the titles listed above. The fact of the matter is, the snub is discouraging because more than box office (which will be discussed in a separate article) the omission of Bridesmaids was another example in the long and unfortunate history of Oscar ignoring comedy.

The Oscars represent excellence in Film and Acting. Unlike the Golden Globes, nowhere does it state that the films and performances need to be of a dramatic genre. Sure there have been some comedies that have made it to the big dance, but they've been few and far between. 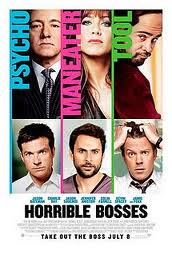 Usually the types of comedies that get nominated for best picture are ones with a fully realized story, preferably one with some kind of a lesson. They often have sentimental or even serious undertones: Annie Hall (1977), Tootsie (1982), Jerry Maguire (1996), Shakespeare in Love (1999), Juno (2007). That's why all the awards talk was about Bridesmaids and not the other critically and financially successful summer comedy last year, Horrible Bosses. Many people believe the snappy and upbeat Horrible Bosses was funnier than Bridesmaids, which had its share of slow, meandering stretches. But Horrible Bosses wasn't even in the running because it was a straight up screwball farce and very little else. Bridesmaids, on the other hand, is simultaneously a romantic chick flick, a raunchy comedy, and a satire of contemporary female gender roles and expectation.

A pure farce getting nominated is practically unheard of. Blazing Saddles (1974), Animal House (1978), Airplane! (1980), There's Something About Mary (1998), and The Hangover (2009) were all un-nominated, yet critically-acclaimed box office smashes that transcended the medium to become iconic pieces of pop culture. Some were so influential they practically invented their own genres. That's way more than you can say for Capote.

How can these comedies which have contributed to both cinema and the culture at large all fail to get Best Picture nods? Why is comedy so underrated come awards season?

Once again, I have the answers. There are many theories out there but as you know the only ones that matter are mine! So here they are:

Art is subjective by nature. But there is nothing more subjective than a sense of humour. Everyone has their own. And it's practically impossible to compare the different types of humour. The Devil Wears Prada, Anchorman, Office Space, Zookeeper, Fargo, Bruce Almighty, Dance Flick, Meet Dave, Being John Malkovich, Napoleon Dynamite, Wild Hogs, Death To Smoochy, Austin Powers, Click. 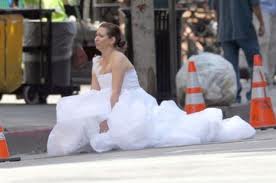 You can't possibly compare all these films. Yet each one would be found in the comedy section on Netflix. Each one has its own idiosyncratic sense of humour: broad, slapstick, satire, low brow, dry. Others are just plain unfunny in my opinion. And that's precisely the point! Not everyone finds the same kind of things funny, and historically The Academy's sense of humour has never been a very low brow one. Sorry gals, but I guess those snooty voters just didn't find public defecation very humorous!

Everyone has had that debate with someone they know about which movie is funnier. That's what makes judging comedy so difficult. The subjectivity in comedy's case works against it, unlike drama which is universal. Everyone can agree that someone crying is sad. But not everyone finds a knee in the crotch or a pie on the face funny.

Comedies getting snubbed could very well just be a matter of personal taste. 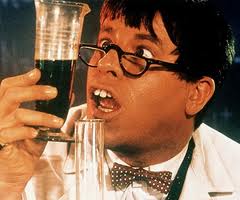 Comedy dates over time. Hearing the same joke over and over again makes it less funny. Comedy works hand in hand with spontaneity. Removing the surprise reduces its impact. Therefore, in order to remain fresh and keep people laughing, comedy has to change, grow and evolve. The types of things that make people laugh today are not the same things 100 years ago. From the Marx Bros., to Jerry Lewis, to Mel Brooks, to Woody Allen, to Richard Pryor, to Eddie Murphy, to Robin Williams, to Jim Carrey, to Will Ferrell.

Not only does everyone agree that crying is sad, but so would people 100 years ago. That's because unlike drama, which has basically stayed the same since Shakespeare, comedy evolves. Let's play a game to illustrate my point:

Name that Oscar Winning drama about the wiz kid genius who builds an empire but burns bridges in the process only to find himself all alone by the end. Were you thinking of The Social Network? Sorry, I was talking about Citizen Kane.

How about that Best Picture Winner that used to be the highest grossing movie of all time? It was a sweeping epic with action, adventure, betrayal, tragedy and romance. Titanic? No, I meant Gone with the Wind. 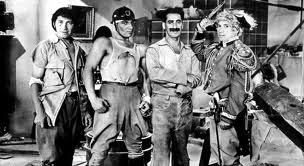 Yes, I know there are formulaic comedies out there, too. But they usually don't receive high praise. In order for comedy to be relevant it has to keep moving forward by breaking new ground, pushing the envelope, and finding new things to make fun of. This also makes comedy a better piece to study from a cultural point of view. Comedy analyzes. It says something about who we are, what's going on, and why we do things. Many great comedies are so far ahead of its time people don't know what to make of it upon initial encounter. Case in point: Duck Soup (1933) was a critical and commercial disaster but is now heralded as a satirical masterpiece and arguably The Marx Bros.' best film.

The ability to be funny is basically the ability to always be ahead of everyone else. Being "quick", so to speak. Perhaps the Academy doesn't understand some of these comedies because the films are ahead of their time. Or voters just aren't quick enough.

"DYING IS EASY. COMEDY IS HARD"

Anybody who knows anything knows that comedy is more difficult than drama. Want proof? Go down to your local comedy club the next time there's an amateur night and take a stab at it. Harder than it looks! When comedy is done well, it appears effortless. But when it's done poorly, nothing could be more excruciating.

My question then becomes, if an acclaimed motion picture comedy requires a larger degree of difficulty for success, possesses more cultural relevance, and has the potential to be influential over time, are these not reasons enough to award comedy? Apparently not.

Perhaps, The Academy Awards are just a microcosm of society itself, in that being funny is often associated with immaturity. Acting like a grown up is to act serious. The Academy votes in dramas to appear more sophisticated, more mature or more legit.

There is no definition that art has to be serious, but there are many people who believe the best art derives from a place of darkness or pain. I wouldn't deny that point but wouldn't the most uplifting humour come from a similar place?

The ability to derive humour from such a dark place could be the greatest feat of all. It's something that is better than winning awards. It's quite simply, a gift.

And that's exactly what comedy is. 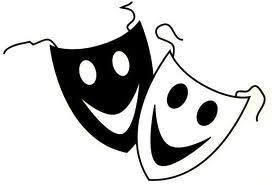