If you read the list of nominees this year, or any year, and wondered, "I've never heard of these films," you're not alone.

Year after year, the Academy overlooks many of the top-grossing films of the year in favour of smaller films that play in far fewer theatres and make much less money. Even Harry Potter himself is 'miffed' over this conspiracy:

"I don't think the Oscars like commercial films, or kids' films, unless they're directed by Martin Scorsese," Radcliffe told the Radio Times (via British newspaper The Guardian). "I was watching Hugo the other day and going, 'Why is this nominated and we're not?' I was slightly miffed...There's a certain amount of snobbery. It's kind of disheartening. I never thought I'd care. But it would've been nice to have some recognition, just for the hours put in."

First of all, nobody gets nominated for just "putting in hours". That's like asking your employer for a raise because you showed up to work that day. And does he not remember the last two years' list of Best Picture nominees included Pixar smashes Up and Toy Story 3? I'm quite sure those are pretty commercial kids' films. But I'll let these slide, Daniel -- in the heat of the moment, it was probably just a poor choice of words and it's easy for me to scrutinize after the fact.

The real problem is the belief that a film should get nominated just because it's financially successful. I know Harry Potter is obscenely popular, but these are the Oscars not the People's Choice awards. 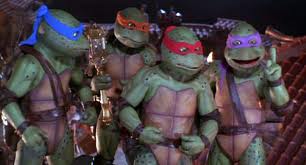 The first time I learned this fact was in March of 1991 while watching the 63rd Academy Awards with my father, and while Dances with Wolves was sweeping through the telecast racking up trophy after trophy, I asked my dad why Teenage Mutant Ninja Turtles (my favourite movie of that year) wasn't nominated? He told me that those kinds of movies are just entertainment.

When people get older, we like to look back on things with the knowledge we have now and place new meaning on them as if it was some sort of turning point in our lives. I didn't know it at the time, but that was, as Oprah likes to call it, my "ah-ha" moment about the Oscars. That was when I learned that the Academy Awards were something different. The movies they celebrated were special films. There was a difference between popular entertainment such as Teenage Mutant Ninja Turtles and high art like Dances with Wolves, although many would laugh at associating "high art" with the Kevin Costner epic, but that's another story.

Different kinds of movies win awards than those that make money. But does the Academy have a specific vendetta against commercial films, as Mr. Harry Potter seems to believe? The Dark Knight notwithstanding, it's silly to believe if there was a highly praised blockbuster, it wouldn't get nominated for Best Picture because it was a huge hit. There have been many critically and commercially successful nominees and winners over the decades, from Gone with the Wind to The Sound of Music to The Exorcist to Star Wars to Raiders of the Lost Ark to Fatal Attraction to Forrest Gump to Lord of the Rings to Avatar. All blockbusters. All Best Picture Nominees. Of course, these examples were over the course of many decades. It's no secret that the gap between popcorn and prestige has been getting wider and wider each year. Looking at this year's nominees, only The Help stands out as a true mainstream blockbuster, and there are twice as many nominees as there used to be!

Who's to blame here? 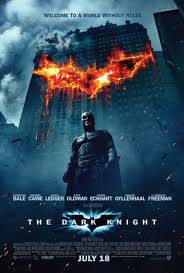 Is it the Academy's fault? Getting upset over The Academy's decisions is a lost cause, in my opinion. I just don't see any reason for it. Are they wrong in nominating the kinds of films they do year after year? I've said before, how can they be wrong about their opinion? And they can't start nominating films just because they've made money. Lowering their standards to come more in line with the public's is the wrong way to go. After the outcry when The Dark Knight wasn't nominated two years ago, The Academy expanded their Best Picture category from five to ten, so there's evidence that voters are trying to include more mainstream fare. It's no secret that television ratings for the awards broadcast has been falling steadily year after year. It's also no secret that when widely seen blockbusters get nominated -- E.T., Forrest Gump, Titanic -- the ratings get a big boost. The Academy would love if there was a blockbuster to nominate, but unfortunately they are hard to find.

Perhaps the blame should be on Hollywood itself for making too many bad films. Major studios aren't in the business of making quality films. They're in the business of making successful ones. But that's what business is. So are they really to blame for providing movie theatres with the kind of products that have made them rich in the past? The public is the one who is flocking to see these films. All Hollywood is doing is giving in to the demand. Supply and demand. We're just going to see more and more superhero and vampire movies if they keep making money. Film may be an art, but Hollywood is a business.

So then the public must be at fault, right? They're the ones who turn these crappy movies into blockbusters. The thing is, not all blockbusters are Oscar-worthy and even the general public can agree on that. I think it's safe to say that films like The Matrix, The Dark Knight, Star Trek, and even this year's Mission Impossible: Ghost Protocol, are the types of Best Picture nominees that people would like to see more of. These were all recent popcorn flicks that achieved critical success and make a ton of cash.

Again, the problem is that these films are rare, which is why the entire motion picture industry and the way movies are distributed is the true culprit. Movies are no longer a word of mouth form of entertainment anymore. Sure, every so often a little movie rakes in millions and achieves cult status solely based on word of mouth. But generally speaking, the movie industry is an upfront money-making business. An average movie today will last less than 3 months in theatres and makes over half of its total box office from the first three weeks. Good word of mouth helps make money over time, but it's not a guarantee. Studios don't have the patience to wait for their product to make its money in the time a word of mouth movie would. They only have a few weeks until the 'next big thing' opens. 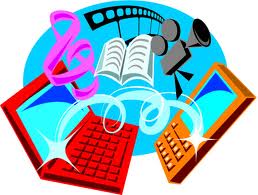 It's an industry just asking for people to ignore quality. The relationship between quality and financial success is far weaker for movies than it is for other forms of entertainment such as television, theatre, books, or music.

A television series will only survive as long as the ratings are there. Often it takes a couple of seasons for a show to find an audience. The better a show is, the longer it will play. And the longer a show airs the more money is made. Television is a word of mouth medium. And so is music, and books.

Movies used to be like that. A movie used to open only in a few markets (LA, NY, Toronto). If people seemed to like it -- read: it made money -- then it would expand to other markets and make more and more money based on the word of mouth. If the movie bombed in those first few markets, then it would close without ever reaching middle America. It's basically how live theatre still works today. A show opens on Broadway and will play as long as people flock to it. When it's really successful it may even travel to places like Winnipeg.

Daniel Radcliffe's comments made me upset because it showed how far in the wrong direction we've gone and how warped people's perceptions have become. A movie is not good because it makes money. It's supposed to make money because it is good.

It's difficult to tell how much hope there is out there for the future of films when the whole definition of success or quality has been redefined. If Hollywood started to release movies the way they did in the old days, there would be a stronger correlation between critical acclaim and box office success, thus we'd see more blockbusters at the Oscars. But I can't see that happening any time soon. And as movies become easier and easier to access through technological developments, they become more disposable and could eventually diminish in quality.

As long as the public continues to ignore films like The Hurt Locker or The Artist and flock to yet another Big Momma's House sequel, Hollywood will continue to serve up that trend. People who want to experience a higher form of art may have to look elsewhere (ballet, opera, concerts) as movies become simple time killers. 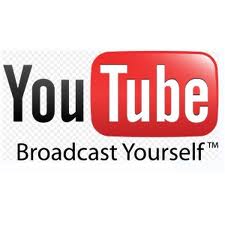 The new media does provide hope for aspiring artists out there who wish to realize their dream. Digital media allows young entrepreneurs easy access to express themselves any which way they feel. It's actually very similar to the Independent Film boom in the 1990s. The video store generation has passed the torch to the digital media generation, complete with "do it yourself masterpieces" ready to go viral.

How will everything work out?

Only time will tell.