One of the reasons why popular works of fiction remain well known through the ages is because they get homaged in later works of fiction. Homages are done to pay respect to these original works. When a movie or a television show is homaged, it keeps the original relevant, jewelry importer and fans of the original are usually glad to see the homage. The best homages are done in a way where it adds something to the original, in such a way where the value of the original is elevated. This top five article looks at five homages that were done respectfully, and with a lot of careful thought put into them. 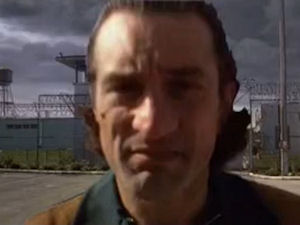 Cape Fear was one of those movies that showed what a complete joke the justice system really is. It reminded us that the system was totally ineffective at dealing with criminals and in protecting the innocent. The villain was menacing as all hell, but he was allowed to be that way because the justice system let him get away with it. Cape Fear was all about innocent people being at the mercy of a dangerous and relentless criminal, with minimal help from the useless justice system. In the world of Bart Simpson, he and his family were haunted by Sideshow Bob, who wanted to get back at Bart. The script from Cape Fear was such a great fit for this revenge plot, that an entire episode of The Simpsons homaged Cape Fear. 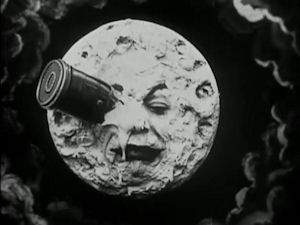 There is not much to say about Le voyage dans la lune, that has not already been said before. If you have not yet watched it, then you need to see it. The fact that it was released in 1902, only makes this short silent film that much more endearing Wholesale Fashion Jewelry and impressive. This was proved even more true in the nineties, when the Smashing Pumpkins released a video to their hit song, "Tonight, Tonight," which was basically a remake of Le Voyage dans la lune. 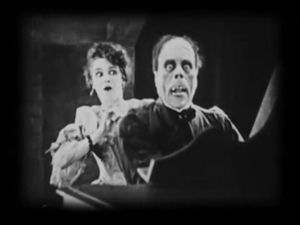 Most people have figured out the plot to The Phantom of The Opera, by just seeing references to it, and without ever having read the book, seen the movies, or sat through the plays. When the Highlander series homaged The Phantom of The Opera, what made it unique was that it did it in a way that mixed the roles around. The role of the phantom was given to Ursa, the music loving immortal that was raised in the woods. He was mistaken by society to be a monster, but he was actually a kind soul. 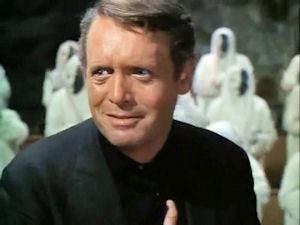 The third season of Reboot revolved around Enzo Matrix growing up and having to find his way back home to Mainframe. When Enzo had to step up as the guardian to mend and defend Mainframe, his life changed in every way possible. After losing the game, Enzo had lost everything except for AndrAIa, Frisket, Bvlgari Jewelry and a damaged key tool. As he had no home, he would use the games to jump from system to system, hoping to eventually luck out and land in Mainframe. He had virtually no identity. He was just some renegade guardian guy that was trapped inside the prison that was outside of Mainframe. Just who was Matrix? Some guy hunting down his sworn enemy, only to become what he hated? This was addressed, as Reboot paid homage to The Prisoner in "Number 7." 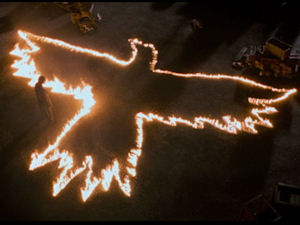 The story of Hercules is one that centers around the issue of grief. In the bitter and never ending feud with the Olympian deities, Hercules was left as the only surviving member of his family. As a means of coping, over the next few years Hercules and his best friend, Iolaus, would wander all across Greece. They both had no homes, jobs, or any real goals in life except to go from town to town helping people. In season five of The Legendary Journeys, Hercules encountered further cruelty from the gods, this time costing Iolaus his life. In dealing with the death of his best friend, Hercules expanded his endless wandering beyond Greece by journeying alone on a ship.

Hercules was rightfully angered, as he felt it should have been a joint decision. In addition, Hercules responded by being his usual self, choosing to emphasize the needs of other people over his own needs. Hercules thought that having the blood of the gods meant having to serve and protect people, which he believed that both he and Morrigan should do for their respective lands. That and how he could not deny Morrigan of her own happiness, should she move to Greece, even if she wanted to.

"We'll Always Have Cyprus," is easily the best written episode of The Legendary Journeys. It is good to have an action hero genre show take its emphasis off fighting the bad guy of the week, and tell a story of the hero himself. This breaks the formula in a positive way, as it adds depth to the characters and the show. What makes this particular episode's script so outstanding, was the way the story of Hercules and Morrigan contrasted with the plot of The Crow.

In Havisha's story, just like in The Crow, you have a young couple that valued every moment together, but had their lives cut short. The story of Hercules and Morrigan, showed how different two people that could and should be together, spent their time together. Instead of going forward with a relationship, they both desperately found awful excuses to not be together. Morrigan took the Oracle's unreliable advice. Hercules had a fear of getting hurt again. Even when the Oracle admitted that she could be wrong in her predictions, and Morrigan wanting a second chance, it was not enough for Hercules. His stubborn nature that he developed to protect himself from further hurt, only prevented him from finding happiness for himself. Worst of all, Morrigan leaving was such a severe blow that it reinforced the unhealthy ways that Hercules used to cope with grief and loss. In the end, Hercules and Morrigan were two people that could be with each other, but have foolishly chosen to not be together. Havisha and her fiance, on the other hand, are two people that want to be with each other, but were denied this life together.

The addition of a parallel story (the Hercules and Morrigan plot) in this episode was what expanded the entire point of The Crow. Today is the twentieth anniversary of The Crow. In these last two decades, this episode of Hercules: The Legendary Journeys, has done more for The Crow than any of its official follow up materials. It managed to tell a relevant story that had nothing to do with revenge. This is why "We'll Always Have Cyprus" got the #1 spot on this top five list.