In this new era of music, when iTunes downloads and YouTube views are just as important as (or, one could argue, more important than) album sales and radio plays, it's quite the feat for any musician to have their videos played nearly 30 million times on YouTube. For Victoria, BC-based Billy Reid, it's reality -- though he probably didn't reach those heights on the path he expected.

A longtime musician and early adopter of YouTube and other online media, Reid was spending his time releasing music under the pseudonym "Very Tasteful" and writing songs that appeared on MTV and the CBC (even hosting a short-lived show, Exposure, on Canada's public broadcaster). However, after some urging from his partner (personally and now creatively), Reb Stevenson, he ventured into the world of children's entertainment. Pancake Manor was born.

Millions and millions of views from around the world later -- for fun, educational songs like "Bananas for Bananas" and "Pancake Party" performed by puppets Zach and Reggie (both voiced by Reid) -- and there's been no looking back. 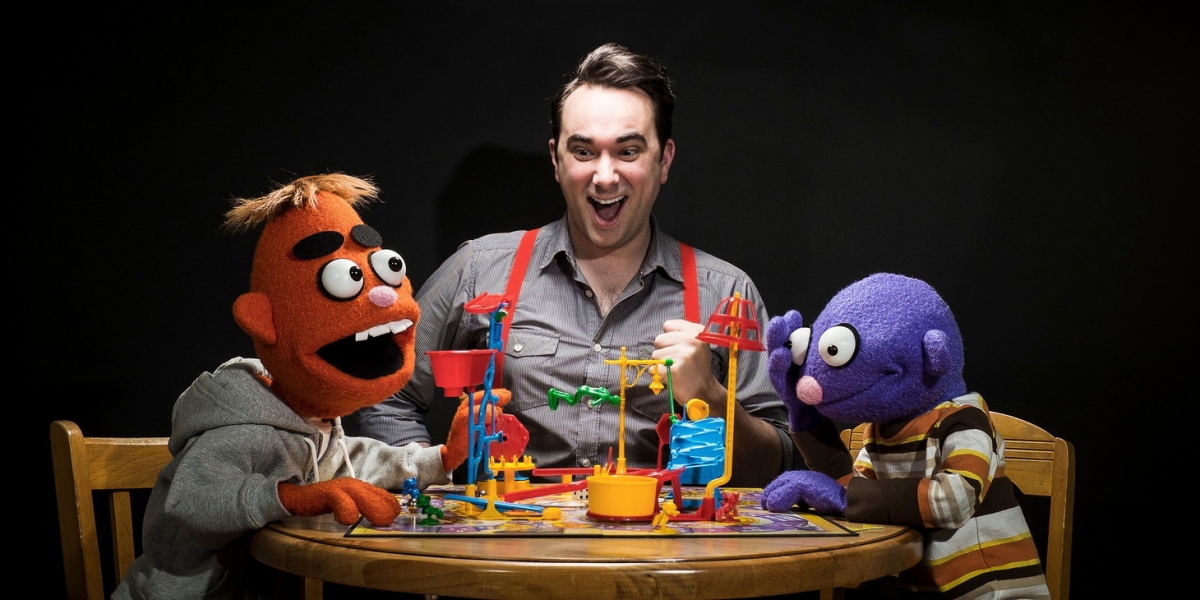 Despite the perhaps unorthodox path to children's educational entertainment, a bit of background on Billy Reid shows that there was probably a good reason why Stevenson pointed him along this path.

"I've always been interested in puppetry... I had these puppets designed, actually, a couple years before I actually used them," Reid said in a December interview. "I knew I was going to do something with puppets. I just didn't know what it was going to be."

Reid has actually managed to do something that most people could only dream of -- he's finding a way to explore all his interests in one project, and make a living doing it. Along with the puppetry and songwriting, it's perhaps Reid's passion for design and graphics work that goes back the furthest.

"I thought I was going to be a cartoonist or something when I was little," he reminisced. "It's funny, because working on this series for me has reignited an interest in artwork for me. So all the artwork you see in those (Pancake Manor) videos are different styles and things that I'm trying."

"It's fun kind of getting back into the art world," Reid said, his voice getting a little more excited as he talked about revisiting his childhood passion. "It's great. Especially with the internet now, I can research artists from cartoons I've enjoyed!"

The internet is still uncharted territory for many as far as making a living is concerned, but part of the success of Pancake Manor on YouTube comes down to the type of audience watching their videos.

"Some guy may have a million views on a video, and I may have only a hundred thousand, but people aren't really watching his video," Reid explained. "They're watching the first ten seconds of his video, or first thirty seconds, and then they leave. Our videos are different. People watch from the beginning all the way to the end, and they come back and watch it again... And YouTube sees that that's what's going on. So that guy isn't making as much as one of our videos."

Having a great working relationship with YouTube, who have actively helped them to build their channel, has been a great bonus. Reid and Stevenson have gotten a couple opportunities to visit YouTube's studios to be able to use their equipment and talent, including working with longtime Reid collaborators Rhett and Link.

All about the music

The whole production still comes down to the music, though, and getting that perfect pop sound.

"I have to feel like that's a song that I would want to listen to if I was little. For me, growing up, the songs that I loved were the songs on the radio, and so I'm trying to write a song that a kid might think, 'Hey, I would hear that on the radio!'"

The plan has worked for tens of thousands of kids (and surely, their parents) across the globe!

"We have fans between the ages of two and six or seven, but we're finding that some of the biggest fans are the parents of those kids!" he told us. "It's an interesting dynamic there. They're (the parents) really engaged. I've been making videos for over ten years now, and I've never seen this sort of engagement with fans... it's so rewarding."

A lot of that comes from the fact that Pancake Manor is able to help shape young minds.

"I feel like I'm making just a slight difference in these kids' lives," said Reid. "And it's amazing that we're reaching so many people around the world... Kids learning English are learning English with our videos."

Late in 2013, they realized there was a market beyond digital videos and iTunes downloads, as parents were really pushing for a DVD release. Reid was shocked at how prevalent DVDs still were: "They have them built in cars now! I didn't realize that."

A Kickstarter campaign followed next, which essentially served as a pre-order for a DVD, and their goal was met quickly.

With the release of 30 Pancake Manor videos on the DVD and 14 tracks on the CD, they've been able to reach an even larger audience -- as well as give parents who love showing their children the Pancake Manor videos other outlets beyond the computer or iPad screens for their kids to enjoy the tunes.

Despite writing the songs, performing the voices of the two main puppets, and doing the graphics, the whole operation wouldn't come together without the tireless work of Stevenson, who's the main camera operator, provides any female voices for the songs and videos, and produces most of the real-world content.

"If there's any live action stuff, you know, that's her department. And recently, we've been shooting more live action things involving people and children, and shooting on location, so that's a little more involved."

Reid still looks back on that first Pancake Manor video as the biggest milestone thus far.

"I was really hesitant. I wasn't sure what I was going to do with these puppets. I think making the first video -- I look back on it, and I see now what it was. That's what I was trying to make," he said. "It's not perfect, it's rough, there (are) thing to change, but the soul of it is in there. And I feel like that's probably the biggest milestone -- making that first video."

Since that first video, through all this success, there's one other notable video that has resulted in some cool moments.

"The 'Happy Birthday' song is... controlled by a movie studio, and so you'll never hear 'Happy Birthday' in a movie," Reid explained. "So I thought, 'It seems unfair.' I wanted to write a song that was maybe just as simple -- just as easy to remember -- and then make the melody really simple. Maybe people could sing this at birthday parties."

"Someone randomly sent us this video... an Indian television program used our song to celebrate someone's birthday," he continued. "I don't know what's going on in the show, suddenly the crowd starts clapping, and then you hear our happy birthday song play! And then this guy's presented with a cake or something. I was like, 'That's awesome! That's exactly what I want.' I want people to associate our song with happy birthday."

"That one I'm really proud of."