Well, that was interesting...

One of the best things to happen to the Oscars this year was the #OscarsSoWhite backlash and negative press the Academy received for lack of diversity in its nominees. This wasn't just because it brought awareness to an important subject, but because it brought more awareness to the Oscars themselves. This year's Academy Awards were one of the most anticipated in recent years. And it wasn't just because we were all waiting to see Leo finally pick up his Oscar. Everyone was wondering what host Chris Rock was going to say about this whole situation.

Am I implying the Academy orchestrated a little pre-show controversy to boost ratings? Of course not, but I'm sure the Academy didn't mind a little extra exposure this year, even if it was in a not too favourable light. Remember, there's no such thing as bad press in Hollywood. (As it turned out, the ratings this year were the lowest in six years)

I'll commend Rock for not beating around the bush. He came out guns blazing and addressed the elephant in the room right away. Rock's a smart man. His monologue hit the perfect note. He addressed the situation, humorously illustrated the importance, but made clear there are bigger issues in the world than Oscar nominations. He also made clear getting awards won't fix anything. Because not getting recognition is just a reflection of the real problem for many black actors: not getting work.

I had no issues with Rock's hosting duties. As expected, most of his material was drawn from the lack of diversity issue. But I figure, if you ask a comic who has a reputation of having racially-charged material to be your emcee, you have to accept all that comes along with him. Chris Rock was just being Chris Rock. Sure, the Stacey Dash joke fell flat. But Suge Knight had me in stitches!

Here were the rest of my personal highlights... 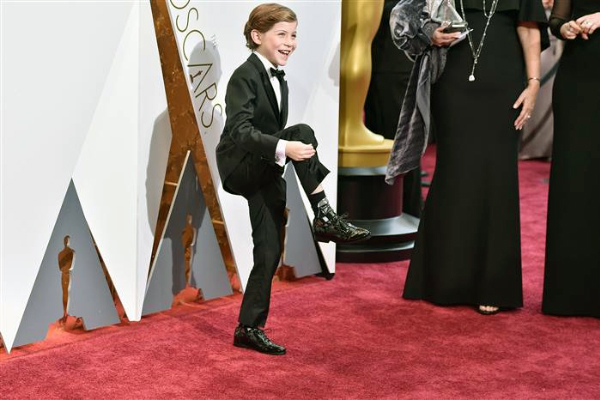