Walkey Talk: The Question I Hate the Most

A few weeks ago, a girl asked me what my favourite movie of all time was. Boy she's got a lot of balls to ask me a question like that! Who does she think she is? That's like asking Wilt Chamberlin who's his favourite one night stand? Where do you start? There's just too many to count!

But I wanted to answer her, and more importantly, I wanted to impress her. I kind of liked her and hoped to see her again. So my answer had to be perfect. This was a first date after all, and I could only make a first impression once. What image did I want to convey? 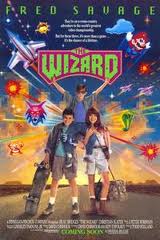 Truth be told, I have dozens of favourite movies. This is either because I'm very well-rounded and have a variety of different tastes or, I just can't make up my mind. But I can't help it -- there are just so many movies out there that have touched me in all kinds of different ways. And they change over time as you grow and mature. At my age now, if my favourite movie was still The Wizard (1989) I seriously doubt I would have even been on that date in the first place!

Favourite movies are a glimpse inside of who you are, where you came from and where you're headed. I get choked up when I watch Kramer vs Kramer (1979) because of my own parents' divorce. I always liked Dead Poets Society (1989) and Scent of a Woman (1992) because of my private school upbringing. Every time I see Alice Doesn't Live Here Anymore (1974) it makes me proud of my own single mother and the hardships she overcame. My father, who passed away in 2002, loved the work of Woody Allen and Mel Brooks, so anytime I want to spend some time with my dad, I just pop in a DVD of Blazing Saddles (1974) or Annie Hall (1977).

Each year I add one or two past or present titles to my favourites list. The more life experience I have, the longer my list becomes because of my ability to relate to more. I hope one day I get to relate more to My Big Fat Greek Wedding (2002) or Parenthood (1989).

Sharing a movie is like sharing a piece of me, something I've never been good at with people I don't know very well. But sharing myself through film has always been my most cherished pastimes.

I can watch my favourite movie over and over and see things I didn't see before – any good movie should have these qualities. But I'll never again be able to experience the optimum emotional impact generated by the surprise and intrigue of viewing that film for the first time. The closest thing is to share that experience with someone who's never seen it before. And by doing so, I'd be sharing a piece of myself through their eyes.

But what movie should I tell this girl was my favourite? I needed something that offered a peak but didn't reveal too much. I think it was a little early to admit my fondness for Disney or my man crush on Paul Newman. Rather than select a Best Picture from my endless personal database, I decided it was easier to eliminate what movies I shouldn't use as a representation of me.

I first decided I should use a drama. Comedy is just too subjective. I'm trying to find something we can both relate to. Everyone can agree seeing someone cry is universally sad but not everyone believes a fart is funny. My nephew, however, would disagree.

Nothing too cliché like The Godfather (1972) or Star Wars (1977). Everyone loves those. I want my choice to be more unique. The movie shall not have been broadcasted on Spike TV ever, as I would like to appear somewhat educated. However, no foreign films -- too pretentious. I also didn't want to illustrate how much of a film school geek I am so that eliminated Citizen Kane (1941), Vertigo (1958), and Sunset Blvd. (1950). Come to think of it, nothing before 1980. I don't want to appear too old. 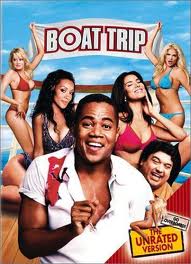 No Chick Flicks -- too desperate. No Sports or Action Flicks -- too Alpha Male. No Sci-Fi -- too nerdy. No history lessons -- too intellectual. No Michael Moore films -- too left wing. No Westerns -- too right wing. No sequels, no talking animal movies, and no movies where tough guys take care of kids or dress up like women.

When I finally decided on a film that met the majority of my criteria, I came to the realization what I had been doing. I realized what a hypocrite I had become. My journey became less about a film that best defined me, and more about a film that I wanted to define me. I lost who I was by trying to please someone else.

It really doesn't matter what my favourite anything is. I'm proud to have such diverse taste to even appreciate that many films. As important as it was to me, if someone was going to judge me based on such insignificant information then they're not worth my time. My list is my list. No two lists are identical and the length of mine says an awful lot about me, ahem.

As it turned out, she was rather pleased with my answer.

But then her next question was, "Why?"

You've got to be kidding me!

One of the consequences of being a film lover is getting asked that question all the time.