Walkey Talk: The Little Film That Could

I am a Woody Allen fanatic. Therefore, I see every one of his films no matter what. That is, regardless of what the critical or box office reception is. There's rarely any media to cover an opening of a Woody Allen film. There's never a midnight showing for those impatient fans -- in fact, there's usually not much of a line up. But if you actually have a desire to see one of his films, you better hurry because they usually don't last in theatres very long... provided you can find a theatre that's actually showing his film! Fans of Woody Allen don't have cool nicknames like Trekkies or Twi-Hards. However, Woodhards does have a nice ring to it, if a bit inappropriate.

I was very excited to see Midnight in Paris because the advance buzz on this film was unusually high for a Woody Allen film. The buzz earlier this year at the Cannes Film Festival was that Terrence Malik's Tree of Life and Woody Allen's Midnight in Paris were the films to see this summer, and ones to beat at next year's Oscars.

So of course I was there on opening weekend to see Paris, and much to my surprise, the theatre was sold out. Usually I can count on my hands how many people are in the auditorium of an Allen flick. I was excited to see his film reach this kind of audience. It's been decades since he's had this kind of mainstream success. But unfortunately, it raised my expectations. 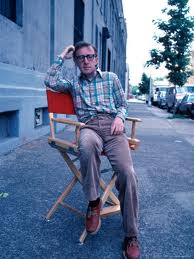 Woody Allen has made over 40 features and will go down as one of the all-time great American filmmakers. Like a modern-day Shakespeare, Allen writes all of his own scripts ranging from tragedies to screwball comedies, most of which draw from philosophy, psychology, sexuality, literature, and the various life experiences the Manhattan auteur has encountered in his 75 years. He churns out about a movie a year and is one of the few filmmakers who can honestly boast absolute creative control over his projects. His most prolific period may be behind him, but every so often he proves to have a surprise up his sleeve. I expected Paris to be one of those gems.

Midnight in Paris was a sweet, charming tale and I enjoyed it thoroughly. But I guess I was expecting less whimsy and more heavy-handed life issues; hallmarks in Allen's well-respected works.

When I caught myself criticising the film for being too 'light', I realized I was guilty of rating a comedy lower than a drama -– a major sin of film criticism. Just because it's less serious, doesn't mean it's of less quality.

But I still thought there was going to be more to the story. Oh oh. Sin #2: By focusing on what wasn't there, I didn't appreciate what was.

So I asked myself, "What did the critics see in this film?" I tried to see if I could figure out what made this movie get the praise it was receiving. It's good. Very good. A cute comedy, for sure. I came out of the theatre smiling. But I had a small feeling of 'that's it?' floating around my head.

Midnight in Paris to me seemed like one of those movies all the critics fall in love with, but when you see it, expecting the best movie ever, instead you get just a very good one. Fargo (1996), Lost in Translation (2003), Sideways (2004), Little Miss Sunshine (2006), Juno (2007)... all fine recent films I love. All small, independent, critical darlings that ended up becoming big box office smashes and Oscar winners. Yet, many people I know have had a 'that's it?' kind of reaction to these films. This isn't the same as a movie not living up to the 'hype'. It's as if people were expecting something bigger, grander, or more elaborate.

It's actually a pretty common phenomenon to expect 'big' when you hear something described as 'good'. The bigger is better ideology is very American, and very Hollywood. But it's a cliché to say that bigger isn't necessarily better -- better is better.

My sins are what make me human. And being human is precisely what made my expectations skyrocket.

Part of the reason is that most critics see these movies before the general public, sometimes months in advance, far ahead of much of the marketing and publicity surrounding the film's release. Their opinions are formulated with a clean slate and don't carry the expectations that audiences do.

For the most part, this practice goes unnoticed. But if the movie in question is something the critic really likes, look out! Here comes the love fest. By loving a small movie that no one has heard of yet, critics feel the obligation to promote it. Their praise can hopefully attract moviegoers to see a film they might not otherwise try. And that's a good thing, because many of these smaller films have to fight to be seen so they can use all the publicity they can get.

But critics aren't just serving the films. They're serving themselves. By noticing a good movie before anyone else, they feel like they've 'discovered' the film and can take credit for its potential success.

It's not our fault. We're only human. Everyone loves to be a trendsetter or a trailblazer. The very nature of film criticism is based on the fact that we think our opinion is better than yours! To be the first to spot a potential Oscar winner is totally up our alley. The possibility of this has every critic salivating. We can't help but be a little over zealous sometimes.

Even the general public understands this as seen through Social Media. Who doesn't want to be the first to report something to all their friends via a Facebook status update? Bonus points if you can squeeze in a witty pun into the phrase!

Midnight in Paris ends up being the best example of a critic-serving film. Not only is it a small film that critics have praised (which have thankfully helped its box office returns) but the very subject matter is for elitist art and literary types like us. I loved this film. It made me feel smart because I understood all the references! 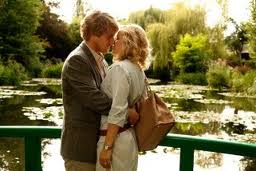 Yes, when we review films we're trying to be as objective as possible by using our knowledge of film history or educational background to justify our personal taste. But at the core of a review is one person's subjective opinion, hopefully, from a place of passion.

To say art is subjective is an understatement. A better statement would be the critic is only human.

Watching a film is an experience so personal, I named my column after it.