Walkey Talk: Character is in the Trying

In honour of the Anniversary of the 9/11 attacks, I revisit Paul Greengrass's masterpiece United 93, released in the spring of 2006.

I've seen many films about 9/11, both documentaries and fictionalized accounts. I've become obsessed with accumulating footage and knowledge of this American tragedy with international repercussions. It was an event that confused my view of the world, altered my definition of fear, and redefined what heroes were.

Ten years ago today, 19 terrorists from the Islamist Militant group Al Qaeda hijacked four passenger jets. The hijackers intentionally crashed two planes into the Twin Towers of the World Trade Center in New York City; both towers collapsed within two hours. Hijackers crashed a third plane into the Pentagon in Arlington, Virginia. A fourth jet, United Airlines Flight 93, crashed into a field near Shanksville, Pennsylvania before it could reach its intended target in Washington, D.C. after the passengers attempted to take control. Nearly 3,000 died in the attacks. (Source Wikipedia)

There's a belief that a certain amount of time should pass before a movie should be made about a real life tragedy. Although I understand sensitivity is at an all time high shortly after a tragic episode, I've always been a firm believer in the quality of the art determining the offensiveness, not the length of time that has passed. 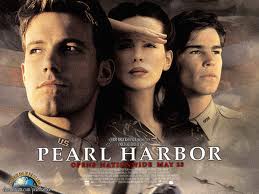 In the summer of 2001, just a few months prior to the 9/11 attacks, Jerry Bruckheimer and Michael Bay joined forces to release a popcorn flick about a different American Tragedy. Yet, by glossing over the emotions of the victims and focusing on a preposterous love triangle, Pearl Harbor (2001) found a way to be offensive even though it was telling a 60 years old story. A bad movie is a bad movie in any era, and will offend people no matter when it's made.

Released a mere five years after 9/11, United 93 works because it's not a piece of exploitative entertainment like Pearl Harbor was. I know movies are forms of entertainment. Don't people want to be moved too? My mother always says she only likes music she can dance to. Fair enough, but she's missing out on so many other types of great music out there. Just like film. To say that you only watch movies to escape and have a good time, that's fine – that's what they're for. I would never argue with that. But for me, film has the potential to do so much more for people. To limit yourself to only one kind of experience is sad and unfortunate. To which I would feel sorry for.

Paul Greengrass's United 93 is a dramatization of a hijacked flight on September 11, 2001 that was apparently headed for the White House but ended up crashing in a field in Pennsylvania after the passengers bound together and fought back. No one on the plane survived. The film lets the viewer experience the events aboard the actual flight while tracing the chaos and confusion of flight controllers and military personnel as they try to understand what's going on.

Another endless film debate is, "What is the essence of film?" Does film represent reality? Or does film distort reality? Any passionate film lover knows that film has the power to do both. The endless potential of film is its essence. Distortion of reality films can be wondrous: The Wizard of Oz (1939), Star Wars (1977), Moulin Rouge (2001). In the case of Pearl Harbor, however, distorting reality and taking liberties for commercial purposes is just another notch in its offensive belt.

Shot like a documentary, with hand held cameras and all natural lighting, United 93 doesn't look or feel like a movie at all but rather actual footage of events unravelling on that fateful day. The realism is so intense, it's unbearable at times. No narration or music, just great filmmaking.

Alas, the technical aspects alone aren't what make this film so realistic. As viewers, we know what is happening in the film. However, the characters on screen don't. The flight controllers have no idea what was occurring were acts of terrorism. And watching them accumulate knowledge in real time and make sense of everything truly makes the viewing experience uniquely realistic. These are some of the United States' finest and most intelligent people. To see them so lost and unsure of themselves is a sight to behold.

What one wishes is to be touched by truth and to be able to interpret that truth so that one may use what one is feeling and experiencing, be it joy or despair, in a way that will add meaning to one's life and hopefully touch others as well. This is art in its highest form. Those moments of enlightenment are what I continue to live for. – Michael Jackson, 1988 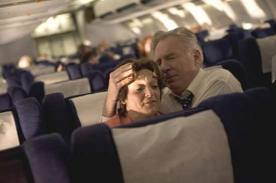 United 93 is an artifact that future generations can use to educate themselves on this historic event.

And that downer of an ending? Much like life itself, the darkest hours are the times that inspire the most courage and hope. The passengers on the plane changed history with their actions that day. They sacrificed their lives to save others. Their effort is what made them successful. Character is in the trying.