Walkey Talk: To Remake or Not to Remake

With updated versions of Footloose and The Thing hitting theatres this month, it's a perfect opportunity to question the value of movie remakes.

Generally speaking, most true film lovers despise remakes. It reeks of commercialism at its worst and bores originality-seeking moviegoers. Complain as we may, remakes are and will always be a part of Hollywood and the world. Film may be an art form, but the film industry is a business, and remaking movies is an easy money-maker, at least in theory. In a competitive business where "pre-sell" is so important, having that name recognition on a theatre's marquee is easy advertisement.

Believe it or not, there are valid arguments in favour of remakes that have nothing to do with dollars. Some stories are so powerful they transcend time and can evoke emotion in any era. If enough time has passed, a whole new generation can be touched by a timeless story they have yet to experience. And in rare cases, it might even inspire a moviegoer to seek out the original. 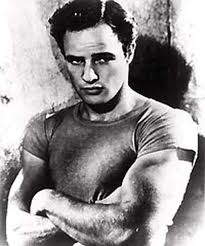 There is the belief that a movie is just like a play, which can be reinterpreted over and over again. I believe this to be only partially true. Like a play, a film can create an emotional response through drama. The stories can be told over and over again with contemporary actors filling in for past ones. But the one major difference between a movie and a play that's always ignored is the very essence of film itself.

A play is live. A movie is recorded. You can't see the original version of A Streetcar Named Desire with its original cast today on Broadway. You'll have to settle for a revival with contemporary actors. But you can still watch the original movie version with Marlon Brando in all his glory. Why?

Because film is forever.

It actually seems like a no-brainer to me. Why remake a film? They're films. It's a recording. They're made to be watched over and over again. It's the very nature of the medium. In fact, the only way you can re-live something live... is by filming it!

A better argument in favour of remakes believes the world can change so much over the years that a movie has new meaning when updated for modern times. Be it political correctness, or advancement in film technology, updating outdated films seems like a natural fit. Modern versions of Scarface (1983), The Manchurian Candidate (2004), and Dawn of the Dead (2004) are popular examples.

However, films are supposed to date themselves. Just like photographs, motion pictures are snapshots of time; keepsakes of the past. We learn about the world through historical images. And I don't just mean watching movies about true life events (ie. Schindler's List). Practically any movie can teach us something about the era they were released: societal norms, fashions, musical tastes, genre popularity. Even technique: black and white, silent films, and hokey special effects can be just as amusing as looking at saturated old Polaroids.

The point is, even if the story is timeless, the film may be dated. But that's not necessarily a bad thing.

Sometimes, filmmakers try to get around the "film" semantics explained above by pretending to do original work, when in reality it's a remake in disguise.

These are known as "reinterpretations" or "reimaginings", which in all honesty, are my favourite kind of remake. These are often someone's personal or unique take on previous material. Think William Shakespeare's Romeo + Juliet by Baz Lurman, or many of Tim Burton's films. These movies can often make the viewer see the material in a whole new light, and possibly bring a new appreciation for it. Then again, drastic changes can make some viewers cringe and yearn for the original. Even if they fail as films, these type of remakes can be admired for their ambition. 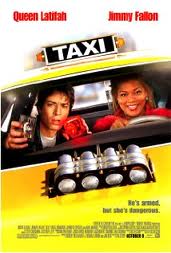 Similar to a reimagining is a "reboot", which is basically taking an idea already filmed before and starting over in a fresh and completely new direction. Think J.J Abraham's Star Trek, Christopher Nolan's Dark Knight series, and the upcoming Spider-Man. It's usually an old franchise that has become stale, but still has its fans. Someone believes there is money out there to be made. A fresh spin can breathe new life into a stale franchise, but doesn't always work: am I the only one who liked Superman Returns?

Some of the most well received "remakes" are English language versions of foreign films, but to me these are more adaptations than remakes. Sometimes, much can be lost in the translation. For every Ring, there's a Grudge. And for every Departed, there's a Taxi.

Then there are "retellings". These are stories that have been told before, and will continue to be told over and over until the end of time. Retellings are usually faithful to the source material. They are exactly what they sound like: a retelling of a popular tale. Robin Hood, Peter Pan, or the story of Christ, are examples of stories with umpteenth films versions.

When remakes like Footloose actually do get made, they're presented with a huge challenge in terms of how they will be received. Similar to a book adaption, it's virtually impossible for a remake to please everyone who will have their own preconceived notions about how the film should be. Alas, that name recognition is both a blessing and a curse. Watching a movie is a personal experience. How can someone have the balls to improve that past experience with an updated version?

Both fans and critics often have the same complaint when a remake of a popular film is made. One of my favourites is: "The remake should be respectful to the original, but must be able to stand on its own."

Sounds like an oxymoron, but it basically means: if a remake is too similar, then you might as well watch the original. But it must be similar enough to qualify as a remake. To me, if you really wanted to respect the original, don't remake it!

The new version of Footloose is so similar to the original, it made me wonder why this version was even made? Couldn't they just re-release the 1984 version? Yes, they could. Because it's on film! 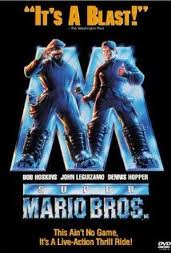 The other complaint often heard is how offended people are when "Classics" are remade. Roger Ebert once said, "Don't remake good movies. Remake flawed ones and improve them." Oh how I wish someone could remake Super Mario Bros. (1993) into a better film, especially with modern special effects. But Mr. Ebert is right. If I want to watch a great movie from my childhood, I can, because it's always there for me.

Was Footloose a classic? Probably not in the sense that The Wizard of Oz was, but it certainly was a very popular film from a certain era. Here is where personal experience comes into play. Only people who were the right age when they saw the original Footloose would probably be offended by the remake, and not just because it makes them feel old! Moviegoing experiences that move and inspire you at a young age become less and less common as you get older because maturity breeds cynicism. It gets harder and harder to suspend disbelief over time. At a young age when imagination is at its peak, some stories can be their most powerful. When Hollywood takes something from your past, changes it, repackages it, and resells it to modern youths, it feels like they're changing a part of your childhood.

With all these different types of remakes flooding theatres these days, is there any wonder where all the originality is? Whenever I think of this question, I have one answer: