The Guardians rise in Vancouver

This past Friday (November 9, 2012) families in Vancouver, BC were given the chance to experience DreamWorks Animations' Rise of the Guardians first hand, as award-winning comedian and impressionist Patrick Maliha visited Chapters at Metropolis at Metrotown to read the movie novelization. Adding to the challenge for the world record holder for most impressions in a minute was that it was done entirely in character.

Maliha rose to the task tackling Santa, the Easter Bunny, and many more in the story adapted from acclaimed author William Joyce's New York Times bestselling series of books on which the 3D feature is based. 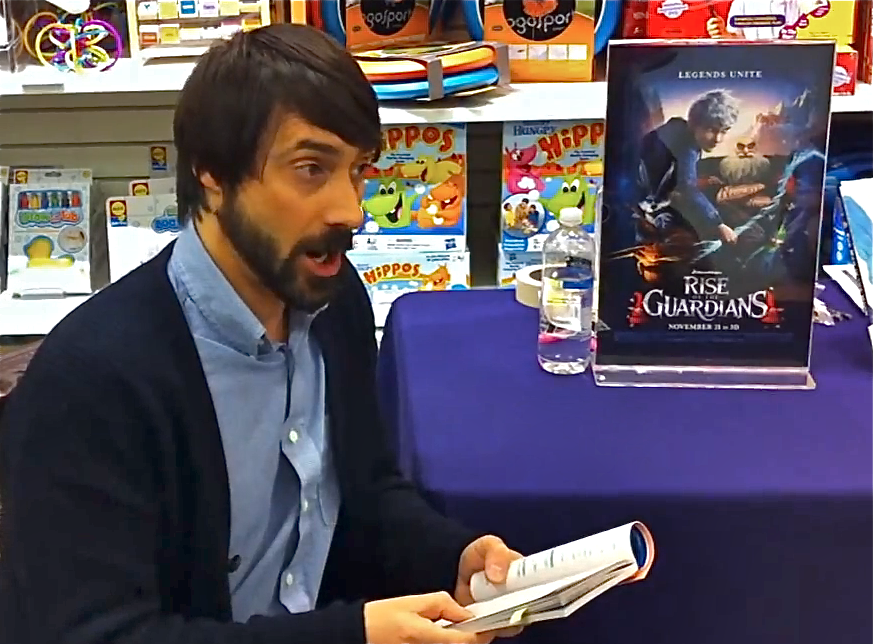 Rise of the Guardians is an epic and magical adventure that tells the story of Santa Claus, the Easter Bunny, the Tooth Fairy, the Sandman, and Jack Frost -- legendary characters with previously unknown extraordinary abilities. When an evil spirit known as Pitch lays down the gauntlet to take over the world, the immortal Guardians must join forces to protect the hopes, beliefs, and imagination of children everywhere.

Rise of the Guardians opens in theaters, in 3D, next Wednesday, November 21.