Oscar Talk: What Goes Around Comes Around

Nominations for the 85th Annual Academy Awards were announced Thursday and sure enough, just as I predicted, the race is being hyped as a battle of two pictures. The only thing is, I predicted the wrong two films! This year's Best Picture will not bear the name Les Miserables or Zero Dark Thirty. That's because neither one of their directors was nominated for Best Director. Yes, sometimes the Best Picture and Best Director go to different films. But to win Best Picture when the director wasn't even nominated? Well, that's only happened three times in 85 years so I don't expect anything different this year. No, this year the race is between Lincoln and Life of Pi who led the way with 12 and 11 nominations, respectively. 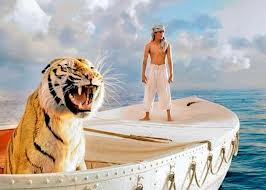 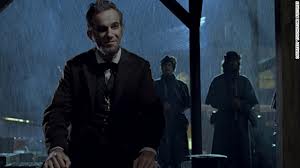 Each film represents two very different styles of filmmaking. Lincoln would best be described as classical filmmaking. Very clean and precise with quality production values, cinematography and acting. Nothing flashy in terms of camera technique, just simple and straightforward with a linear story structure.

Life of Pi, on the other hand represents a modern style with flashier technique complete with a time shifting narrative, surrealist imagery and fantasy elements brought to life though computer generated visual effects and 3D technology.

Some would say that Life of Pi is the greater directorial achievement. But that would depend on what you believe the director's job was. Some believe a director should be as seamless as possible, that calling attention to oneself breaks that "third wall". The argument against this is the auteur theory, which believes films to be an extension of the director and represents his or her personal vision. Moonrise Kingdom and Django Unchained are great examples of movies this year with very personal idiosyncratic points of view. Both Wes Anderson and Quentin Tarantino have reputations of putting their own personal stamp on all of their films.

There's no right or wrong method. Film is merely a platform to express the method of your choice.

My point is that I find it ironic that Steven Spielberg, one of the most popular and influential directors of all time once made cutting edge movies like Life of Pi only to have them lose awards to more conservative fare like Lincoln. In fact, exactly 30 years ago, at the 55th Academy Awards there was a popular inventive movie about a boy and his (possibly) imaginary friend who go on an emotional journey together and have their lives changed forever. It lost out to a historical biography about a world leader and civil rights activist who was eventually assassinated. Can you guess which movie was directed by Steven Spielberg?

Spielberg has become the establishment he once fought against! Now I'm not saying that he has sold out or anything. Clearly at 67 years old he's a different person than he was at 37 and the kinds of films he makes reflect that. I have no doubt he's making exactly the kinds of films he wants to make. We all know how much he loves American history: Schindler's List, Amistad, Saving Private Ryan, War Horse not to mention his HBO producing credits: Band of Brothers, and The Pacific.

And it's not fair to compare a movie like Lincoln to pop culture icons like Jaws or Raiders of the Lost Ark. Who knows why some movies become a part of the popular culture? It goes beyond any financial or critical success. It can't be predicted. It just has to happen.

It is fair however, to compare Lincoln to Schindler's List and Saving Private Ryan, Spielberg's more recent, historical epic Oscar winners. Both those movies looked and felt like something I had never seen before, a feeling I didn't get with Lincoln.

That's because for all intents and purposes those earlier works were something I'd never seen before. Both films reinvented genres by raising the bar of realism. There were times I forgot I was watching a fictionalized movie.

Cutting edge movies often bend, stretch, and break movie conventions basically creating a new language for movie goers. Because it's new, very few people understand it and that's why many slip through and don't get the recognition upon initial release. Time has to pass for the rest of the world to catch up figure out what the heck was going on!

For the first time in my life, I may actually be disappointed to see one of my idols, Steven Spielberg win an Oscar, but in some weirdly ironic turn of Academy Award events, it would seem absolutely fitting. For much of his early career many of Spielberg's now classics were passed over by the Academy for less memorable work. Thirty years from now, people may be surprised to hear that Lincoln beat out Life of Pi for Best Picture just like the way people are shocked today to hear Gandhi beat E.T. in 1982. 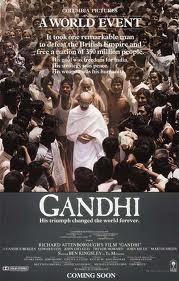 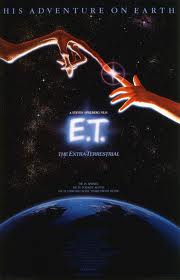