Walkey Talk: The Balcony is Closed

I knew this day would come soon. It always comes eventually. Legendary American Film critic Roger Ebert passed away April 4, 2013 after over a decade long battle with cancer of the thyroid and salivary glands. I'm obligated to write something in his honour. Not because I was asked to. Because I want to. But I really do have to. I have to. I must. How could I not write something about the single most influential writer in my life. Trouble is, I don't know where to start.

There was a time when I wanted to be exactly like Roger Ebert. I wanted to be a film critic. In high school, I wrote movie reviews for the school newspaper. I received a Bachelor of Arts in Film Studies. I made a short film at the New York Film Academy. At 18, I really thought I'd make a living in the film industry. Somehow life intervened. Years passed. Jobs, relationships, and living arrangements are all different now. At 33, I earn a living in a completely different field than I thought I would.

Yet, I continue to write.

Somehow I'm happier now than before. 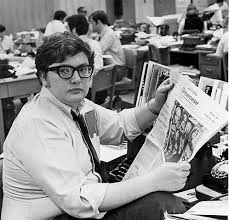 Roger Ebert was the most influential movie critic of all time. His work in print won him awards but his work on screen made him a star. I used to set my VCR to record episodes of Siskel & Ebert when I was in high school. The show popularized the now immortal "Thumbs Up/ Thumbs Down" rating system for movies. It was a catchy shorthand that worked well for television and print advertisements but gave way to "sound byte" critics with one line reviews. I never really cared which direction their thumbs pointed, I just loved hearing the two of them discuss movies.

Much of the endearing quality of Roger Ebert was that he was first and foremost a fan of movies. Many of his writings were less about the analytical qualities of the film and more about the overall movie going experience.

He was a personal writer. If you read his reviews, over time you'd get to know the man. You'd learn not only his opinions of films, but his political views, his love for nostalgia, his admiration for his wife Chazz, and his cherish for the smaller things in life.

I've borrowed liberally from his personal style of writing. For many, watching movies is a communal experience. But for all, interpreting movies is a personal one. I just can't write about movies and not keep it personal. Everything I bring to the table contributes to my subjective experience. From how many movies I've seen, to who I'm seeing it with, to my family upbringing, my religious beliefs, my age, my income, even what time of day it is.

For a man who was synonymous with film, Roger Ebert lived an even richer life outside the Cineplex. Ironically, I just happen to be reading his autobiography, Life Itself, at the time of his passing. I foolishly was expecting more "showbizzy" name dropping film stories but instead got many anecdotes about his Roman Catholic upbringing, his early newspaper days, travels to Europe, his battle with alcoholism, and more about his beloved Chazz.

Unable to speak since 2006, Ebert's voice has only grown stronger. He lives on in his writing.

He taught me to take things from my life and put it into whatever I create. Whatever that passion may be.

From him I learned the greatest movie I'd ever see couldn't be seen in any darkened auditorium. 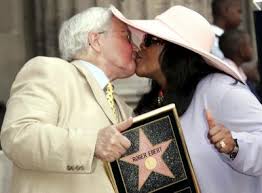