Chances are that unless you were born in the last 10 years, the first experience you would have had in going to a movie theatre involved film. For the better part of the entire existence of the motion picture film or movie industry, movies were captured on celluloid film and projected off them as well. Growing up, it was also exciting to go to a theatre, get a popcorn and drink and watch the beam of light travel from the projection booth on to the screen -- all those dust particles projecting an image that took you to another world or place or time. The image was so much crisper and detailed than you could ever see at home on VHS or standard definition cable TV.

In the last 10-15 years or so, the movie industry has undergone a number of changes, and while film does still play a part in the production of some motion pictures, its days in the exhibition are pretty much numbered as more and more films are shot digitally. I remember when Star Wars: Episode II came out in 2002, there were only a handful of digital theatres in all of North America, one of the first of which in my hometown of Vancouver was screen #5 at SilverCity Riverport. I made a point of seeing the film in this George Lucas-preferred format. In order to tell the showtimes apart, ads listed "Digital" or "DLP". It had a different look and feel to it than film; the grain and slight imperfections were replaced by a smooth digital presentation. It lacked the warmth and something looked different.

35mm prints still dominated the projection industry for years to come, but in 2005 things started to shift as the Real D 3D began to come to the forefront, with Meet the Robinsons and Chicken Little adding that hook. Theatre chains began installing more and more digital projectors, opting for the perfect image and the ease of operation every time. Years would continue to pass, and by 2012 or so the local exhibition industry was pretty much entirely digital. There was no need for listings to distinguish between DLP shows and other shows because with the exception of some older properties, everyone had gone digital.

Meanwhile, the filmmaking industry itself was changing. Keanu Reeves made a documentary about digital vs. film entitled Side by Side, which interviewed all sorts of A-list Hollywood talent about why they preferred to shoot digital to film. The film leaned more on the pro-digital side, but there were some notable holdouts. One such holdout is Christoper Nolan, who not only prefers to shoot on film but also prefers to have his films shown that way whenever possible. 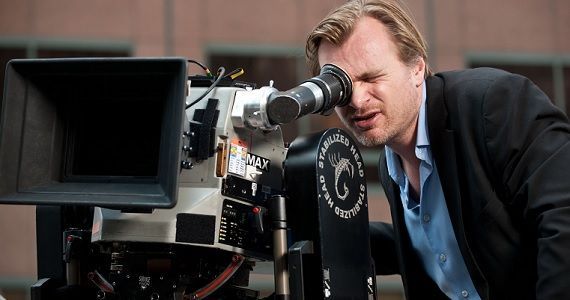 Christopher Nolan on the 'Interstellar​' set

Nolan, director of Inception and The Dark Knight Trilogy has resisted the trend that even Martin Scorsese succumbed to with Hugo. He's anti-3D in a time when almost every big blockbuster film is either shot or converted to 3D during post production, and he shoots his movies on both 35mm and 65mm IMAX film. Starting with the prologue in The Dark Knight, each release has featured more stunning large scale IMAX imagery. For his latest, Interstellar, he has taken things one step further -- an exclusive 2-day window where if you want to be the first to see this masterpiece, the only way to do so is on celluloid.

The film -- a large scale space epic with a family story at its heart -- is the perfect fit for a film-based experience. It's a personal story surrounded by a large idea, and while the people seeing it first on film will be a mixture of hardcore Nolan fans, there will also be a group of audience members who seek out this unique experience. The last film released in 70mm was Paul Thomas Anderson's The Master, a decidedly more art house film which had a mere handful of engagements in the format. Before that, it was Nolan's The Dark Knight Rises.

In the years since that film, the two IMAX theatres in Vancouver that used to be film-based have switched to IMAX Digital, which is easier to maintain for operators. Gone are the days of the massive 6-hour print builds and the joy of seeing the dust come off the lamp in the booth. Digital projection looks good in both 2K and 4K, and the IMAX digital print of Interstellar looked amazing the other night, but there's something about film when it's done right that isn't quite there with digital.

In the few years it takes Nolan to craft a film, more and more of the history of film projection is fading. This time around, there's no local 70mm option; there are only two 35mm options in the Vancouver area, and they are far out of the downtown core. By Nolan's next film, those might be gone as well. The art of shooting and projecting off film is dying. In a way, Interstellar is a fitting coda to the film-based projection industry -- it's something truly original that deserves to be seen on film if the option is there.

Here's hoping film makes a comeback the way vinyl has over the past few years, but for now its future needs a hero like Earth needs in this wonderful film. 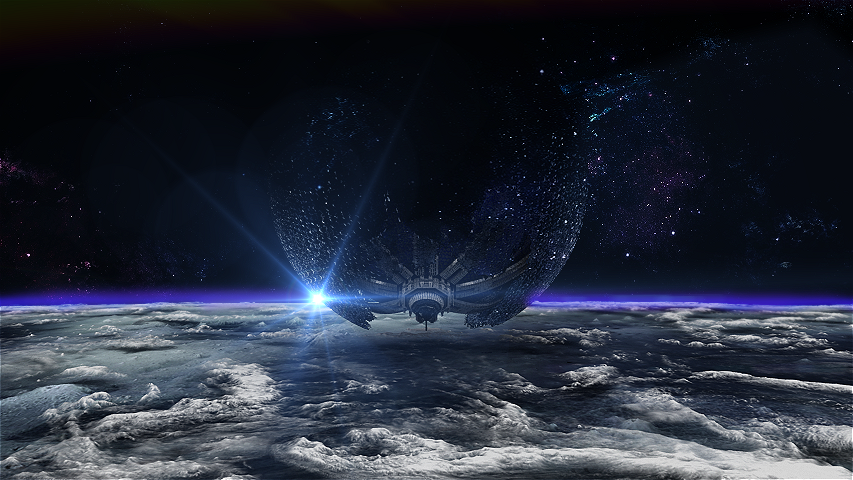