I saw The Wolf of Wall Street in early January, a few weeks after its release in a New Jersey multiplex nestled in a dingy strip mall not unlike the one where Jordan Belfort (the Wolf) founds his corrupt brokerage firm. By this time I had already heard the varied reactions of both critics and friends. The primary complaint from the "thumbs down" camp was of boredom: the procession of increasingly hyperbolic antics -- orgies, Quaalude binges, dwarf throwing contest, etc. -- of Belfort and his gang of greedy brokers evoked little more than a hum-drum raise of the eyebrow and a stifled yawn. Detractors whinged that the shock-value wears thin and the exploits quickly become tedious. I agree. However, I think this was precisely the point. 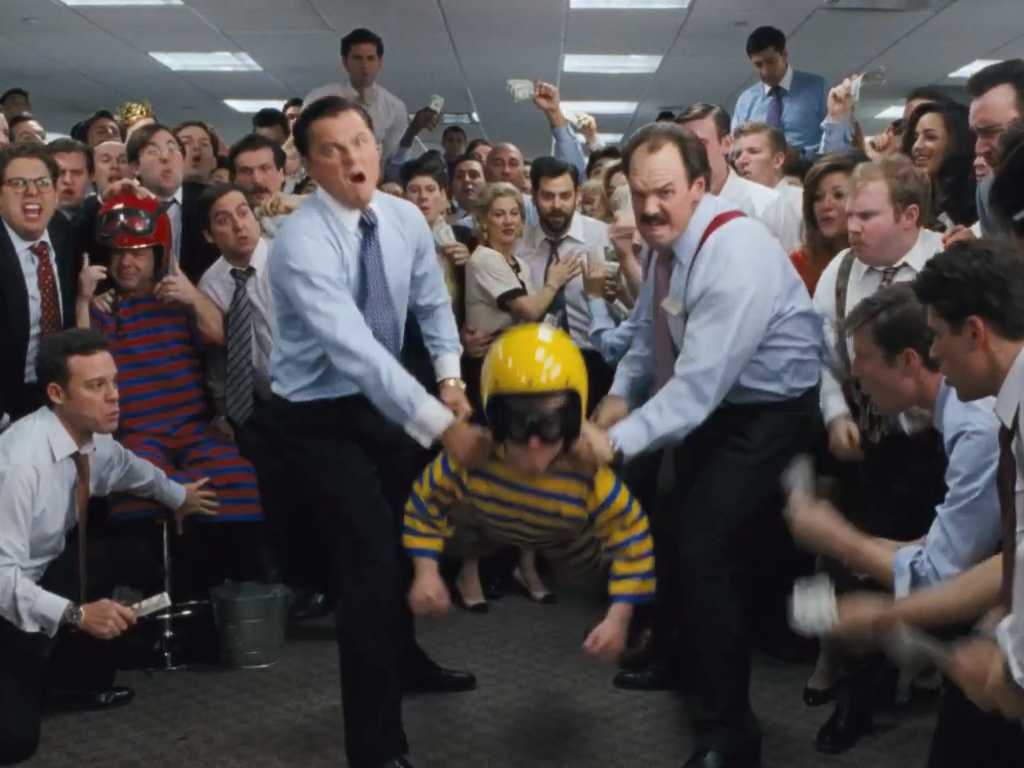 Belfort, as played by Leonardo DiCaprio, is hardly a character at all. He is a dust heap of a man, an assemblage of material possessions and borrowed affectations--he even adopts his mentor's (Mathew McConaughey) chest-thumping alpha song. At one point he admits that his seemingly bottomless appetites for women and drugs are all really embodiments of his one true addiction: money. As a result, The Wolf of Wall Street is brimming with dispassionate hedonism and detached debauchery. It's as though Belfort watched movies like Wall Street and Goodfellas over and over and his life is simply a reenactment of the most diabolical narratives of the American Dream. The difference is that in those films the characters crave money as a means to an end -- to sleep with the most beautiful women, eat at the best restaurants and live in the nicest house. For Belfort money is both the means and the end. He lacks any real desire for the material thing in itself but acquires women, yachts, etc. only as they contribute to his version of himself as a cunning, money-hungry, slightly unhinged financial magnate.

Like several other films this year (Spring Breakers, The Bling Ring, Blue Jasmine), it focuses on lives lived in "un-reality". The superior Spring Breakers tells the story of four college age girls who commit armed robbery in order to fund their dream vacay to St. Petersburg, Florida. The girls' interactions with each other seem to be hijacked from a reality TV show as they swear to "always be B.F.F's". Their late night party sessions are as boring and repetitive as those in Wolf -- the characters never appear to be having fun but rather are collecting experiences like notches on a bedpost. In the film's violent climax, two of the girls don neon ski masks and shoot up a drug dealer's pad. They smile and strike poses throughout as though all of life is no more real than a video game; even watching someone die lacks a sense of realness. 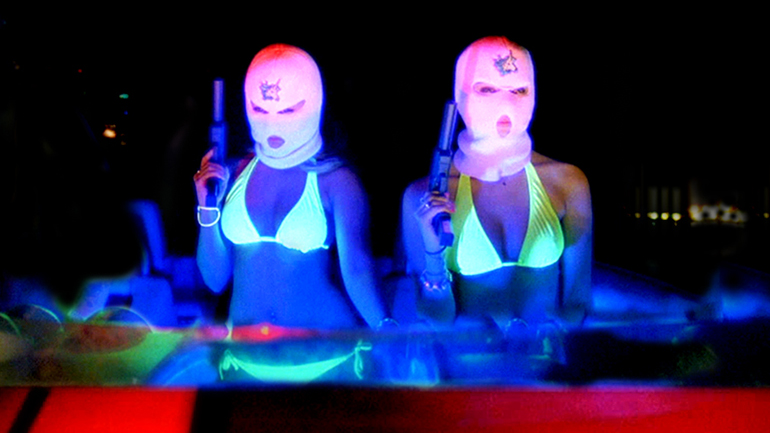 Similar to Spring Breakers, at no point do we feel Jordan is a "real" person. His life is an adult version of play-acting and his escapades a choked gasp for vitality -- consumption habits pretending to be a personality. The 20th century was full of stories of emptiness and lost souls. There was a lingering fear of capitalism's aim to fill us with an unquenchable appetite for consumption that would claim our souls (or whatever you want to call the part of humans separate from instinct). What differentiates both Wolf and Spring Breakers from those earlier works is the characters' complete indifference to this spiritual deficit. They could care less about understanding their true self or the meaning of life. Their preoccupation is in self-branding; playing out the role they have chosen to perfection. The neat trick of Spring Breakers is that the film's production aligns to its themes: art-house director, Harmony Korine reenacts a classic sell-out cliché, while his young actresses (namely Selena Gomez and Vanessa Hudgens) riff on the ultimate cliché of Disney darling gone bad.

These films suggest a plane of existence where even the most visceral moments (sex, death) are below wonderment. People and experiences are acquired with all the consideration and significance of accepting a friend request on Facebook. And thus we make the final Ascension in the Age of Detachment.