HOLLYWOOD, CA (November 22, 2010) – Moviegoers across the U.S and Canada may be among the first to experience the new 3D film, Justin Bieber: Never Say Never, at exclusive "sneak preview" screening events set for Wednesday, February 9th at 6pm at specially selected RealD® 3D equipped movie theaters across the country.

"Everyone thinks this is going to be another 3D concert movie, but it's anything but that. It's a story of how my family, friends and the fans helped me get here and everyday are helping me live an impossible dream. That's why I want them to see it first," said Justin Bieber.

Sure to be a hot holiday gift seller, tickets for the February "sneak preview" event, will go on sale exclusively online Monday, November 29th at 10am local time. In addition to ensuring fans will see the movie first, the purchase also includes official movie merchandise and purple 3D glasses.

Each complete Sneak Preview Gift Pack is priced at $30.00 (plus shipping) and includes: 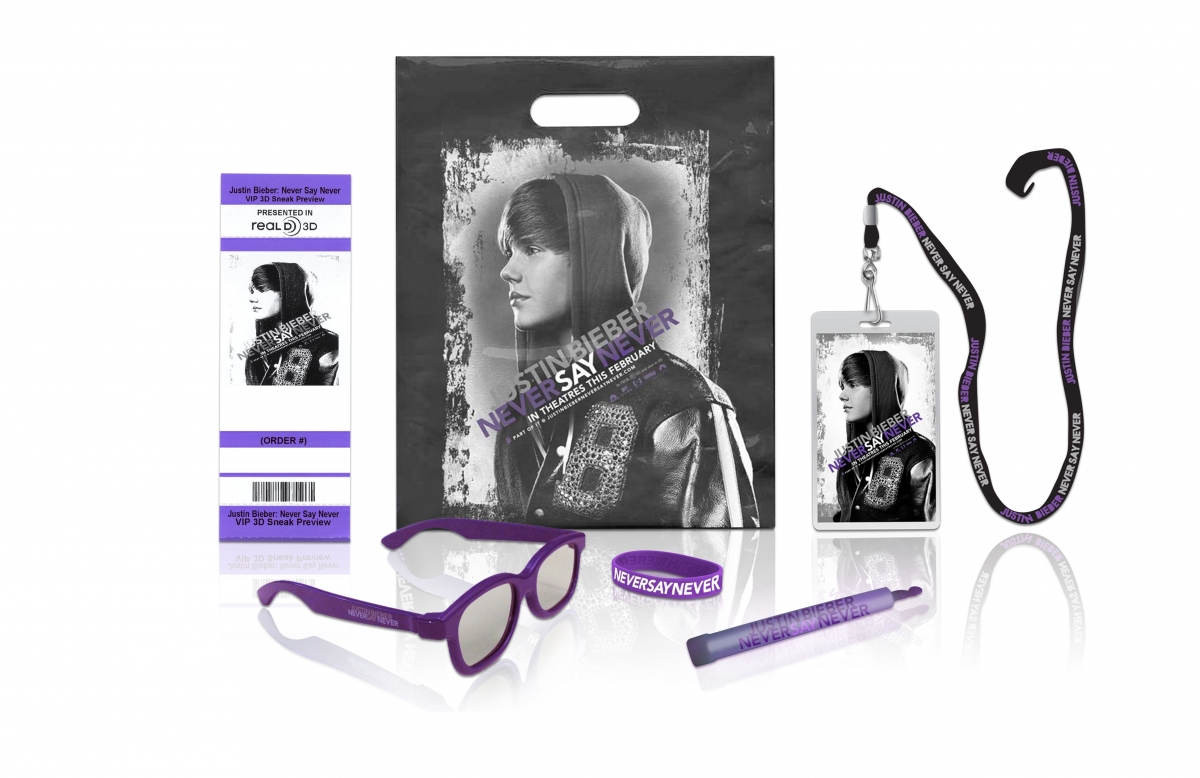 For event locations around the country, to purchase tickets, or to learn more about this exclusive event, please go to: www.jb3dpreview.com. Limit is 6 tickets per credit card transaction. Supplies are limited.

Justin Bieber: Never Say Never in 3D will open nationwide on Friday, February 11th. The event is presented in association with RealD® and Bravado International Group, the leading merchandiser of top music artists.