In a small patio nestled in a high-rise apartment building in downtown Toronto, I sit across from Albert Shin. Despite the periodic sounds of honking from below and the roar of planes from above, the spot is peaceful, illuminated by the mid-morning sun. The young Canadian writer-director is friendly and informal, with a boyish face and irrepressible grin. One would hardly guess that he helmed the spectacular In Her Place which played as part of the 2014 Toronto International Film Festival's Discovery program ASME Y14.5. The level of mastery displayed in the film appears more the work of a veteran filmmaker than a second feature shot on a micro-budget.

In Her Place is the story of three women: a rich woman from the Seoul, a rural single mother and her pregnant teenage daughter. On a remote farm in the South Korean countryside, the women conspire in a secret adoption that leads to a horrifying conclusion.

As a boy, Shin visited relatives who lived on the land where the film is set -- it was a boy's bucolic paradise with cows and a working farm. When he returned as an adult "they'd abandoned it so it was there just rotting away. However, it was a very evocative location. I guess I had a personal attachment to the place... As an independent film director you have to be creative (in regards to budget)." Shin mulled over various ideas for several years before an overheard conversation at a restaurant regarding a secret adoption inspired the film's plotline. 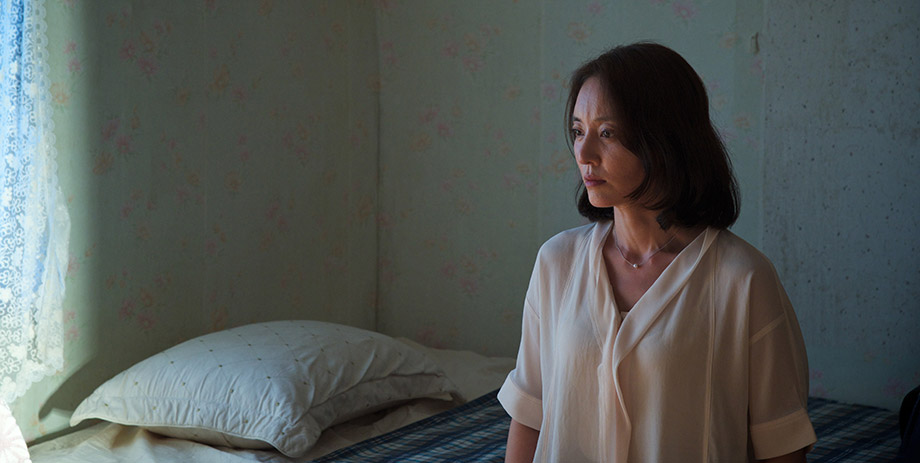 While adoption in all cultures is fraught with difficulties, the pains the wealthy woman takes to conceal the origin of her baby are dramatic. She hides in the country at the home of the pregnant teenage girl whose baby she plans to adopt, using a foreign cell phone in order to maintain an elaborate ruse that she is giving birth in America.

"There is a serious stigma attached to adoption in Korea... It's this idea of pure bloodlines. If you can't bear children you are perceived as defective in some way," explained Shin. Adopted children are seen as "castaways, like your real parents didn't want you" and thus "secret adoptions are rampant in Korea." Because of the social pressures to have children infertile couples will "fake their pregnancy and then move to a different town, make new friends and raise the child." What intrigued Shin was the "old, archaic kind of thinking that's been passed down but is still there today in this very modern country."

On the surface, the story is simple; however, the film's structure is a marvel. The point of view shifts to three separate characters with seamless continuity: first the rich woman from the city, then the teenage girl, and finally her mother. "I wanted to play with people's emotions or allegiances to a certain character," Shin commented.

On paper these shifts in perspective sound like a gimmick, a trick. However, if there is a trick, it is that at no point it feels like a trick. I asked him about the execution of this. "It was very difficult to achieve. I didn't want to make it a vignette film where it's three different small movies, like an omnibus movie. I wanted to make a cohesive film from beginning to end." He set a rule that the point of view would remain with one character at a time in order to capture their perspective completely which, in turn, evokes the acute feelings of claustrophobia and loneliness experienced by each. This is so effective "some people don't even realize the perspective changes they just watch it and it's just a movie -- I kind of like that as well." 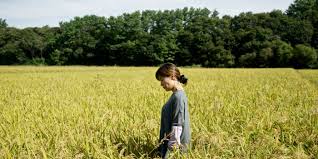 The changing viewpoints allow a range of interpretations. The film could be viewed as a well-observed character study of three lonely women, or as an allegory for class-based oppression or even as a horror story of one woman taking possession of another like a parasite.

"I was really keen on this idea of making this film that wasn't one thing," said Shin. "I wanted to play with perspective and point of view." He stuck with the story so long because he "could put all those elements in the subtext and hopefully they would just spurt out." In Her Place can be as big or as small as the viewer desires -- nothing feels contrived, preachy or obvious. Shin doesn't want to seem like he's "pulling the strings." He continued, "The only films I end up pursuing all the way through are those that take on a life of their own -- that start to lead me as opposed to me leading it."

I pride myself on not doling out undeserved praise: I assure the reader that accolades are well deserved. When I spoke to Shin the film had just garnered Canadian distribution. I anxiously await his next work as I see a major talent on the rise.