Lebanese-Canadian author Rawi Hage published Cockroach: A Novel, in 2008 to generally positive reviews and even snagged a few literary awards. Now, more than half a decade later, the book has a new found prominence: it has been selected for 2014's Canada Reads and is the inspiration of a short film, The Underground, which premiered at the Toronto International Film Festival's Shortcuts Program 6. A few weekends ago I had the opportunity to speak to the film's young star, Omar Joseph Hady.

The central character of the film imagines himself a scuttling insect, experiencing life as an outsider on the nocturne streets of Montreal. A refugee from Iran, Araz feels tormented by the violence in his past and alienated from his new world. Hady has a relaxed disposition and social ease that starkly distinguishes him from the troubled character he portrays. I asked him about his audition for the role. Though he assured me tardiness is not the norm for him, on the day of the audition there was a mechanical issue with the street car he was riding.

"I show up late and am anxiety ridden. I leave the audition and I'm kicking myself thinking there's no way I'm going to get the part. And I get it. The anxiety I was feeling--using that in some way helped me." 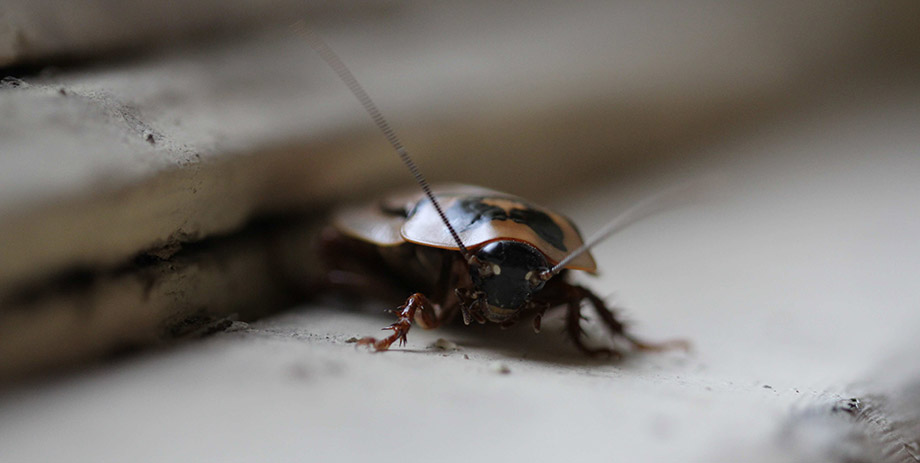 The shoot was over the course of three short but intense days. Though set in Montreal, itwas filmed in Toronto with the use of a green screen to graft famous sites into the background. The cockroaches that serve as Araz's sole companions were portrayed by real insects (all male in order to prevent a potential population explosion).

Hady described his experience working with the arthropods. The director, Michelle Latimer, "asked if I wanted to take one home to get to know it and I was like "no"." Whatever squeamishness he harbored, he successfully emanates a sense of kinship with his antennaed co-stars. "If we were to have an apocalypse it's said that the cockroach is the only one to survive... In order for this refugee to adapt to this new culture he imagines himself as a cockroach and with the senses of a cockroach, helps him to adapt to Western culture."

When we tell refugee stories, normally finding safe haven in another country constitutes a triumphant ending. The Underground explores the struggles the immigrant faces after the presumed happily-ever-after. The character's psychological distress drew Hady to the material. "My personal connection is this stigmatization of mental illness. We fail to really talk about that and that's a really big thing to me right now because I have a lot of close friends, people close to me, that are dealing with that. We are kind of afraid to talk about that and veer away from that subject." The main character "suffers from PTSD and attempting to acclimate to a new culture -- it shines a light on that."

Throughout the film the viewer is given glimpses of the nightmare landscape Araz internally inhabits, including a scene where he imagines exterminators raiding his apartment. "It's a product of his imagination and I think it goes back to the PTSD and how sensitive and vulnerable one can be when you suffer from that illness. It's very much like the warzone he grew up in: he relates himself to the cockroach and therefore the cockroach's enemy is the exterminator."

Though the subject matter is dark, Hady describes the making of the film as a pleasure. "This film was like a beating heart. It felt like everyone was a family, so much love. And from that I got the feeling like we were really doing something here." The Underground will next be screened on October 1st as part of a retrospective for director Michelle Latimer by the Toronto based videofag.