It's commonly said that actors appear smaller in real life than they do on the screen. However, such is decidedly not the case with Thorsteinn Bachmann, star of the acclaimed Icelandic film, Life in a Fishbowl. In addition to being struck by the actor's giant proportions, I observed he looked several years younger than he appeared in the film.

Bachmann plays the character of Mori, a nationally revered poet whose life has taken a precipitous descent into dissolution following a personal tragedy. "His problem is the pain -- it's so deep he hasn't been able to deal with it... What he still has to do in the end is forgive himself, " Bachmann said of his character. With his face obscured by a grey tangled wreck of a beard, he wanders Reykjavik in a drunken stupor. The actor, by comparison, is clean shaven and sharply dressed, though perhaps a trifle weary in the eyes from several days of festival promotions.

The film is set in 2007 on the eve of the global financial recession and follows three characters whose lives intersect: a young woman from a respectable family who moonlights as a prostitute, a former football star turned whiz kid banker, and Mori. "It has a take on the economic boom that took place in Iceland in the last decade... Things were starting to get strange. What we experienced was a shift of moral baselines where the bankers became the rock stars of society." 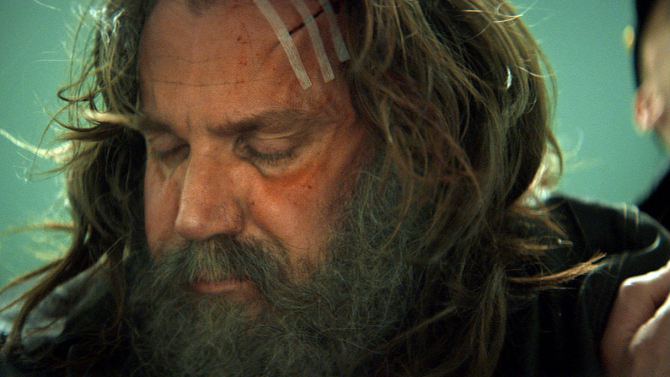 Though the story is fictional, much of the action drew from real life. The film features the bankers enjoying a debauched weekend replete with drugs and hookers on a yacht called The Viking. The ship apparently takes its name from an actual boat that made headlines for playing host to similar misdeeds for financial sector elites. "One of the real bankers tried to stop it from premiering in Iceland which of course made people want to see it more," Bachmann related with a subtle smirk.

The central characters form a trifecta of pre-collapse perspectives. Mori and the banker are "like fire and water" while the young woman is somewhere in between, at a constant struggle between the pursuit of money and the enrichment of her soul. Bachmann described Mori as "a broken man who from my poetic eyes is watching from an isolated distance not liking it too much."

As he represents the subdued conscious of the nation, the young woman gravitates towards him. At the same time, she finds herself entangled in the world of prostitution. I was curious about the prevalence of the sex trade in Iceland. "It's really underground," Bachmann stated, "The law is no prostitution. When money started to flow into Iceland things started to change rapidly and we started to see a gap growing between the poor and rich... Whereas in the decades before they were more on the same ground... .When it's all about money people get caught up in it. If life is just a business to be managed if I'm not doing it there must be something wrong with me."

Without giving anything away, I will state that each character commits an act of moral failing and then redeems himself/herself. In the case of the banker, however, the redemption remains incomplete. "It's before the fall of the banks so he's not there yet." Bachmann speculated on director's intentions: "It's a warning: don't get caught up in this materialistic world." In some ways the choice may also reflect the nation's feeling that the punishment of those responsible for the economic downturn has not been apt. "People wanted the bankers in jail... they need to stare at the white prison walls in order realize what they did was wrong."

North American viewers will find much to relate to in the political and social themes explored by the film. Audiences in Iceland have already embraced it. "It came as a surprise that it was a box office hit... at least one fifth of the nation has seen it already and it's still going on. It was really well received." The filmmakers initially feared for its success. "We thought maybe it would hit too close to home with the heavy social issues and people don't want to see that."

While the financial success is great, Bachmann noted, "What's important to me is that people have come to me and said that they were so moved." Despite the global chastisement, the actor still remains skeptical, "We humans take a long time to learn... You see signs of things going in the same direction." The film is a timely reminder of the human cost of not learning.

Life in a Fishbowl is Iceland's official entry for the 2015 Best Foreign Language Oscar.