Everything Everywhere All At Once

Punch Up Your Life - A Heart Walk

Punch Up Your Life - My So Called Wiccan Summer

Folks, it's the week of JFL42! Living in Toronto, this means I get to go to comedy "space camp" and interview some of my heroes. First up on that list of heroes is Maria Bamford. Bamford has been called "America's go-to mental health comedian" but she has also revolutionized the form of how we structure TV shows and stand-up specials. For example: the Netflix series Lady Dynamite, web series Ave Maria Bamford and The Maria Bamford Show, and her stand-up special Old Baby.

Bamford is performing a pair of shows at the Winter Garden Theatre in Toronto next week, as well as headlining the SiriusXM Top Comic Finale. If you're in Toronto, you should come watch -- right after you read this lovely email exchange we had about mental illness (in general and in comedy),

Andrew Lizotte: On a personal note, I wanted to start by letting you know that a video you did about depression meds really helped me when I was diagnosed two years ago.

AL: You're very open about mental illness. Do you find it makes people more comfortable just coming up to talk to you? And as a person with anxiety, how do you deal with that?

MB: I feel okay, and people are pretty understanding if I can't talk. I'm always grateful that anyone says hello -- it makes traveling (and life) less lonely!

AL: A lot of creative people are are afraid of how medication affects creativity. How has being on medication changed the way your creativity and process works? Did you have to do anything to retrain or strengthen your creative mind? 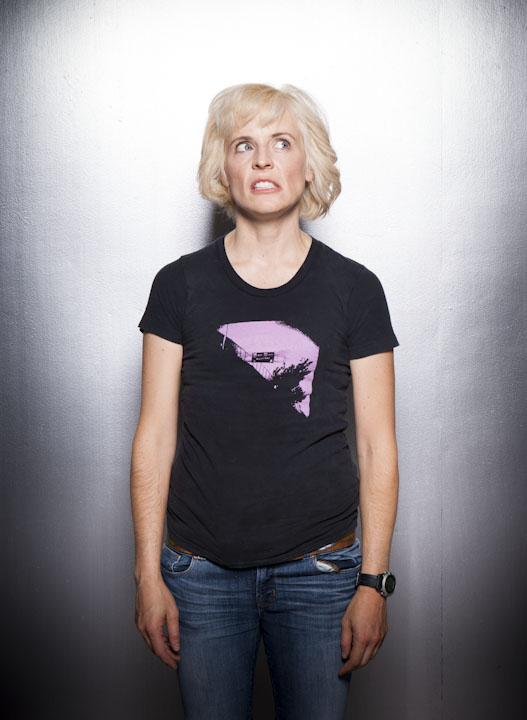 MB: The sad part has been the "rush of ideas" loss. My ideas are much slower and more plodding. I'm not sure how it's affected the work (beyond a tremor I now have with meds) because I'm inside of it. I also sadly miss the probably manic feeling of invincibility. I don't miss obsessive, razor-bladed agitation that led me to think a lot of suicide.

AL: How do you maintain your mental health on the road? Do you have any rituals?

MB: I do well when I go to my 12-step groups (I'm an atheist but I believe in cognitive behavioral science being effective in groups), take my meds, exercise, and connect with people (mostly my pal Jackie Kashian who opens for me) on the road.

AL: What's your favourite of all the treatment programs you've done?

MB: Well, weirdly, the one that did almost nothing besides provide cake and a place to be for 6 hours a day was probably life saving. I wasn't really aware of what was happening, but it was safer than being alone.

AL: Your husband is an established artist. How has what he does influenced you? What do you have to keep in mind while living closely with another creative person?

MB: He works every day and really loses himself in it and that is really inspiring. I love his work and his creative work ethic.

AL: How do you think about putting together a special? With you, it seems not just about jokes, but also the format. What comes first, and what is it that gets you excited about a new project?

MB: I just try to make a new hour -- to fill the form, I guess. And then, if something comes to mind, great! The excitement is doing the best job of material I've worked on for years and then, at least for now, the satisfaction of being paid really well for it.

AL: Based on your specials, you seem to like the intimacy of small crowds, so how have you adapted with your success? How do you keep the regular stage shows fun for you?

MB: Shows are usually 300 at most, and I really like that. I don't know what more would feel like. Even if it's only 2 people in a black box theatre, it's great. All that matters is the energy that I'm putting out and that people know what they have come to see. I have not asked to play 2000-seat theatres because I don't think I could draw that many people, but I'll look into it.

AL: Because you're so original in how you approach the form of things, how do you even pitch a show like Lady Dynamite? The Maria Bamford Show? Ave Maria Bamford? How do you pitch in such a way that people can understand and get excited about your vision? 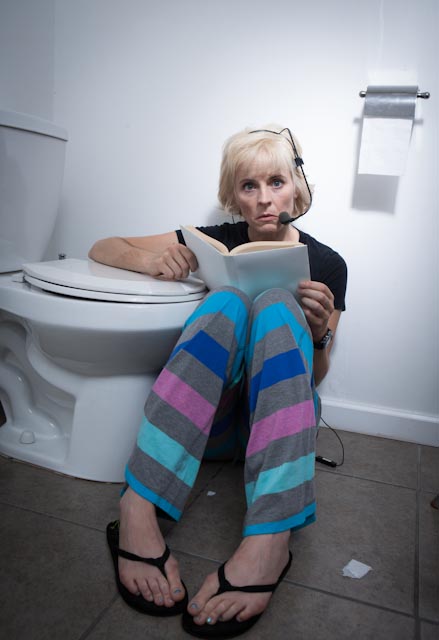 MB: Mitch Hurwitz did most of the pitching (for Lady Dynamite). I'm not great at that. What I am good at is making enough material and doing it over and over again so that it becomes something -- like a one person show became The Maria Bamford Show and stand up got Mitch to ask me to meet about ideas. I'm not the best salesman and I prefer attraction rather than promotion -- I'm not interested in convincing people to like what I've made. Even if that means taking a day job.

AL: How do your parents feel about their portrayal on Lady Dynamite? Both people playing them are very accredited actors, but they're also giving very characterized performances.

MB: They have been very kind but you'd have to ask them. It must be very weird -- at first, anyway.

AL: What's something you love and do, that has nothing to do with comedy?

MB: Hang out with friends, swim, and take any kind of class.

AL: You are very outspoken about money and open accounting. You also your own business. You also grew up in Minnesota, which is very big on unions. Were you aware that Canadian comics are trying to unionize right now? What are your thoughts on that? And do you think something like that would help or hinder what you do personally?

MB: I like open book accounting. I try to tell everyone what I gross, what expenses are, the net, and then what percentage of the net I'm paying them. That way, they can speak up if there's a resentment or need.

I'm down for unions. My (actors) union is the reason I have healthcare. It was once said that actors couldn't unionize and that has been untrue, and so maybe comedians can, too. I think it'd be great.

AL: What's your favorite thing you have in your house?

MB: My husband and doggies.

AL: I've heard you like to give away books to your guests. Is there a book you've regretted giving away?

Passes and individual tickets for JFL42 -- which runs September 20-29 in venues across Toronto -- can be found at jfl42.com/choose-your-pass. Upcoming tour dates for Maria Bamford across North America can be found at mariabamford.com, and you can also follow her on Twitter at @mariabamfoo.