With its endless capital and battalion of stars, Hollywood habitually eclipses everything else and leaves North American cineplexes turgid with stale super-hero flicks, listless comedies, and their sequels. The Toronto International Film Festival serves as a reminder that Hollywood does not hold a monopoly on cinema -- its prestige attracts not only independent Canadian and American filmmakers, but also filmmakers from the most far-flung corners of the world. It was a distinct honor to speak with the talent from the South African film, Man on Ground: director Akin Omotoso, and actors Fabian Adeoye Lojede and the beautiful Thisiwe Ziqubu.

Africa is generally one of the least-represented continents in film (particularly sub-Saharan Africa) even by festival standards, however recent years brought us a handful of noteworthy pictures with either Afro-centric themes (Blood Diamond, Hotel Rwanda) or full-fledged African production (Oscar-winning Tsotsi). Similar to the aforementioned films, Man on Ground uses the medium to explore the continent's complex politics.

The story is superficially simple: A Nigerian refugee, Ade (Hakeem Kae-Kazim), lives in England where he has established himself as a successful banker. His estranged brother Femi (Fabian Adeoye Lojede) also lives in exile, but in South Africa. Upon arriving for a brief visit in Johannesburg, Ade awaits Femi at the airport where he is approached by his brother's fiancée (Thisiwe Ziqubu). She delivers news that Femi has gone missing from the immigrant tenements outside the city limits where he lives and works. This begins a twenty-four hour odyssey that sees Ade confront the sinister forces responsible for his brother's disappearance. 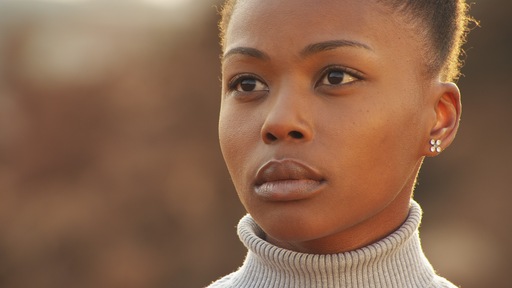 Beneath the noir-thriller surface, Man on Ground bristles with ethnic tension and presents a frightening depiction of South Africa's scourge of intolerance. "The real thing is about African countries and how they relate to each other and how each country treats its 'immigrants' or 'visitors'," said director Omotoso.

Actress Ziqubu elaborates: "South Africans have this antagonism towards other African nationalities that isn't there with Frenchmen, or other nationalities... It's very, very disturbing. You will find people who are open-minded but still harbor these attitudes. This film penetrates into that." However, the filmmakers feel that this is an issue that transcends Africa. "The greater concern is about the atmosphere of the world we live in," added Omotoso.

Between the diverse locations, gorgeous camera work and grandiose pyrotechnics it is impossible to discern the film's small budget. I asked the group how they were able to achieve so much on so little. "When you have a passion project, it's easier to achieve... people are willing to go the extra mile," said actor Lojede who also co-produced the film. (While relatively unknown to North American audiences, Lojede stars as a primo thug on the hit Pan-African television show, Jacob's Cross.) He continued, "It's easier to make films that aim to make a statement. You can get people that either share your views or are against it but want to participate either way."

It is impossible to discuss Man on Ground without mentioning the incident that inspired it. In May of 2008, a Nigerian immigrant living in South Africa was covered in gasoline and lit on fire. A photograph of the man's charred remains surrounded by laughing police officers circulated in newspapers across the continent. This image would stick with the filmmakers and inspire the climactic scene.

Omotoso spoke candidly: "Before we shot this scene I had nightmares of the real picture which all united us in the film. When we were writing it we knew we had to have something similar -- the cinematic equivalent... Before, I was haunted by the picture... but when we came to shoot it that day, I was calm, because I had already dealt with the emotion of what it is to put someone in the boot and burn them alive."

In some ways, Man on Ground is not simply a meditation on xenophobia, but an active force to combat it. "The making of the film is also a reflection of the theme of the film," said Omotoso, "so using crowd funding (from all across Africa), using our own resources -- my production company, Fabian's production company... The way the film is made is also reflective of what the film is trying to say about cooperation."