Getting Better with Ron Funches

Conditions were perfect for the kind of mellow gold that only Ron Funches can deliver. The seats were comfy, my herbal tea quietly steeping in the cup holder, my hair being gently tussled by the air conditioning. I was ready for essentially what was a meditation session with jokes. I was not the only one who felt this. As I looked on either side of me, I saw people taking their sweaters and using them as lap blankets. Ron Funches has a brand. 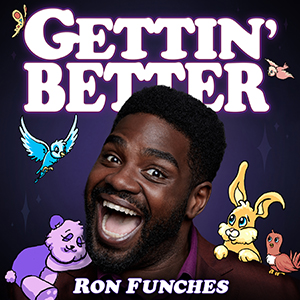 The guest was Ron's longtime friend Kate Berlant (a favourite -- please check her out). Kate opened up about feelings of guilt and burnout towards stand-up comedy this year. What happened next was Ron validating her as the perfect guest for this hour of affirmation, encouragement, and giggle fits.

It is at this moment that I want to take a second to thank my editor for giving me this assignment. I needed this. In a year that has mostly been working multiple jobs, still trying to perform, and dealing with various health issues, I needed to hear every word of this.

What I needed to hear:

I walked out of the theatre that day feeling rested, seen, and with a pocket full of free stickers. Ron Funches softly killed it and was very on brand.

Chanty Morostica is a Canadian comedy icon on a hot streak. They're just coming off a year of industry firsts: being named SiriusXM's Next Top Comic; The Chanty Show album was nominated for a Juno; and they won two Canadian Comedy Awards. If last night was any kind of indicator, then it couldn't have happened to a sweeter human being.

In a time when so much media content is trying to be progressive, it's hard not to worry that we are simply just preaching to the choir. You watch a recommended YouTube video and wonder if anyone who doesn't already understand a movement is looking at it. Is it accessible to them in a way that isn't jarring or accusatory? Are we actually converting anyone with love?

This is that show. This is that content. Chanty provides a warm, safe, inclusive space for quite literally everyone. Next, imagine if Robin Willams and Hannah Gadsby gave a TED Talk on gender.

Marostica graciously takes us through the journey of their life:

There is literally no one who will not relate to this show in a very powerful way. They finish their hour with the message of: I don't hate you for messing up, I love you for trying. This is beautifully summed up with an awkward voicemail from their parents, which can only be described as a hurricane of recovery pronouns. The show is worth it for hearing this recording alone. It is what we all might need to hear right now. 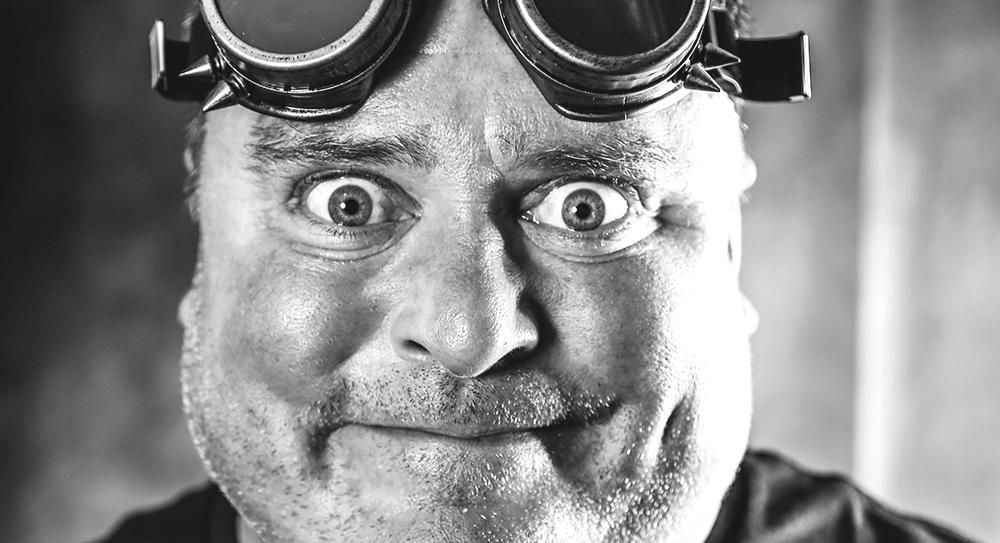 SeÃ¡n Cullen is one of those rare Canadian performers who has fans across any age group. People were excited to shake his hand and give him a hug as he sauntered to the stage last night.

For followers of the comedian's long career, this was a decidedly deeper and more intimate evening. As a comedian who is well known for pure silly, he was refreshingly open about... himself, for the first time. Cullen bared his soul, speaking to struggles with loneliness, depression, and weight. But it's still SeÃ¡n Cullen, so it took the form of a song called "S***-storm", wearing ghost pants, and reflections on dating a raccoon. We were safe in his silly, even stopping to have a conversation with a criminal defense lawyer about the pros and cons of depression vs. homicide.

It was honest, and present, and felt just for us. Much like the conversation he and I had last week that you can listen to or download below. I am the king of segues...

JFL42 runs from September 19??"29, 2019 at multiple venues in Toronto. Individual tickets can be found at jfl42.com/choose-your-pass.