Walkey Talk: What is Popular is Not Always Right

Congratulations to Harry Potter, the boy wizard who just scored the biggest North American opening in motion picture history this past weekend. In another time, this kind of news would have the showbiz world at a standstill. But in today's showbiz society, it's just another day at the office. And that's too bad, because the numbers are impressive. The first day gross of $91 million is a real eye opener. I remember a time when the term "blockbuster" was reserved only for pictures which grossed over $100 million. To see one obtain that amount in just over 24 hours is a sign of how the industry has changed.

Apparently Deathly Hallows – Part 2 had already locked up over $40 million in advanced ticket sales, illustrating the up-front demand. And as impressive as those domestic figures sound, they are nothing compared to the international tally. Yes, I get it, Harry Potter is popular.

I've just witnessed a movie gross about $100 million in a single day -- I think it's time to retire the act of releasing these figures as 'news'. One day, we'll find out which movie will be the first to $100 million by noon. Then we'll find out the movie that crosses that mark in a single hour! Eventually, there will be a movie that will hold the record of "movie that most people are thinking about seeing".

Why not? It could happen! Especially the way the industry is today. I mean, where do we draw the line? We already knew that the latest Potter film was going to take in well over $40 million before it even opened.

Are you like me and are suffering from box office gross fatigue? Are you tired of hearing which Boy Wizard or Vampire or Superhero or Pirate holds the record for biggest whatever?!

I admit I'm a little torn, because I do agree the box office grosses are a barometer of popularity. But these figures are very misleading, and some of these records are completely meaningless. Here now is my list of how to make box office reporting more meaningful: 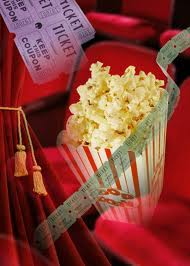 Tough suggestions to carry out, for sure. If you have any of your own, feel free to comment below. But chances are the industry will just keep rolling on in the direction they have been for decades. Old habits die hard. And let's be honest, a movie that 22 million people watched doesn't sound as sexy as a movie that grossed $169 million! ... Or does it? 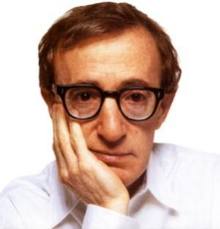 In other box office news, there was another milestone that occurred over the weekend. Woody Allen's latest work, Midnight in Paris, just passed Hannah and Her Sisters (1986) to become the director's highest grossing picture of all time. It has topped, wait for it, $41 million so far and it's still raking it in!

As a fan of Woody Allen and of Paris, I couldn't be happier. But the cynic in me realizes this just proves the irrelevance of Woody Allen today since it took 25 years of inflation for this milestone to occur. Ah well, kudos to the Woodman, even though I'm sure he couldn't care less.

"If my movie makes money, then I've done something wrong." – Woody Allen