In the old days, news papers used to print something called the "Crix Picks", similar to what Rotten Tomatoes does. But when the blockbuster movie was born in the 1970's, everything changed. They ditched the "Crix" and started printing the Box Office Top 10, as is the standard today. Film releases became a weekly horse race and the failures always lost their fetlocks.

Have you ever heard that a particular movie bombed and thought to yourself: "That movie must stink." But ladies and gentlemen-- sometimes the movie doesn't stink. Here are five films that smell far more pleasant than their box office receipts would have you believe. 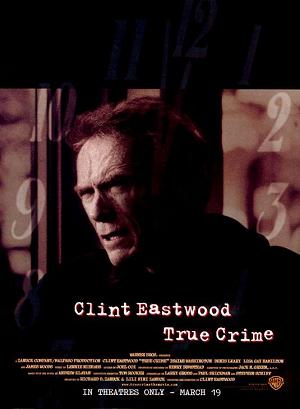 I saw this flick with a couple friends in an otherwise empty movie theater. I had never heard of it. Never saw a trailer. We just happened to be looking for a movie to see around the time it was playing and, ended up being the only ones. What everyone missed out on was the little gem Clint Eastwood made before his major Oscar pictures, Mystic River and Million Dollar Baby.

One reason that the film bombed may have been the poster. Sure, educated marketing people may think a sepia toned image of Clint Eastwood squinting is a sure-fire magnet for box office but, they'd be surprised. The fact that this was released on so many screens (1852 cinemas) shows how much hope the studio had. They spent $55 million and made back $16 million. Even in today's money, that is horrid business. But Warner Brothers has a Stanley Kubrick-esque deal with Eastwood (seemingly) as they have distributed every film he has directed since the stalker/ slasher classic Play Misty for Me (1970). I guess one out of thirty ain't bad.

The plot follows an aging newspaper writer (Eastwood) who discovers that a Death Row inmate (Isaiah Washington) may actually be an innocent man. In anyone else's hands, this could have devolved into cheap melodrama with some easy emotional manipulation but, Eastwood plays it out like an old master. It never feels anything but, genuine. And he manages to give one of the best (and most likeable) performances of his career. In one of the films most surprising moments, Clint (after being forced by his ex-wife to spend some time with their young daughter) runs through the Zoo, hastily shoving the stroller along-- fulfilling his obligation as quickly and recklessly as he can. In fiction, bad parents can be very entertaining. 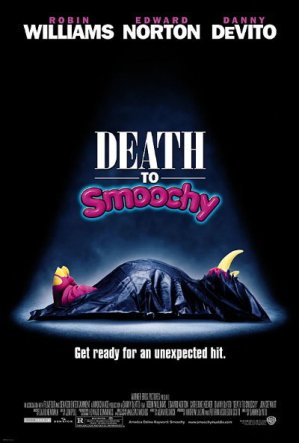 This is the one movie on the list I must place a disclaimer on: You might hate this movie. Its critics certainly did.

Robin Williams and Edward Norton star as rival children's TV hosts, in what might be the most surrealistically dark studio film ever made. Williams' kiddie-mega-star Rainbow Randolph is pushed aside by his audience when the new big cuddly purple dinosaur arrives, named Smoochy (Norton). (I know. Spoofing Barney the Dinosaur is hardly cutting edge comedy -even for 2002- but, stay with me.) Fired and almost immediately destitute (The Daily Show's Jon Stewart has a great cameo as Willaims semi-pathetic agent), Randolph decides he must murder Smoochy in order to get his show (and old life) back.

This type of dark comedy should probably have been produced on a small budget instead of a whopping $50 million. But the films tone works for me. DeVito goes for broke at every turn and boldly includes a few scenes that could easily have gone way too far. (Example: Smoochy's impromptu speech before a warehouse full of Nazis.) The film deserves points if only for its sheer ballsy-ness. Few movies have the audacity to be so willfully (and wonderfully) strange. But hey -- ya don't have to take my word for it.

The great Roger Ebert quipped in his review: "Only enormously talented people could have made Death to Smoochy. To make a film this awful, you have to have enormous ambition and confidence, and dream big dreams." 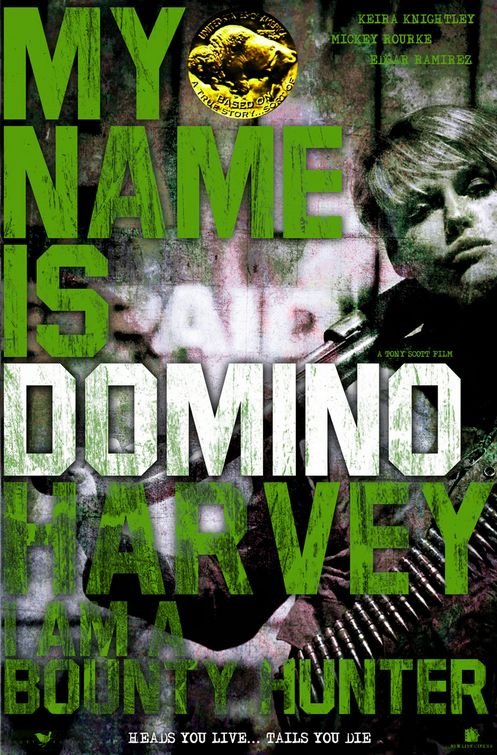 To me, this films failure seems so inconceivable. A disillusioned runway model trying her hand at bounty hunting might seem a bit over the top, until you realize-- this was based on a true story. (Sort of.) Domino Harvey, the real life daughter of actor Laurence Harvey (the original Manchurian Candidate) after abandoning her modeling/ acting career, (and failing an LAPD aptitude test) really did turn to bounty hunting. Maybe she had one of those "Top 5 Dream Jobs" lists.

Director Tony Scott nails this one. The film is a visually kinetic-fever dream, as told to an FBI agent (Lucy Liu) by Domino (Keira Knightly) from inside a jail cell. Liu seeks $10 million that has been nabbed during the heist of an armored truck. Whether or not Domino took the money, you'll have to see for yourself. Rest assured: The film has as many plot twists as it does odd-ball cast members.

Bizarre cameos pepper the film, most notably Jerry Springer and Ian Ziering & Brian Austin Green (from Beverly Hills 90210) playing twisted versions of themselves. (Also: Look out for Monique's snarky DMV employee and Tom Waits as a strange mystic known only as The Wanderer.) This supporting cast (and the unbelievable things they're forced to do) elevate the material above that of a crummy Tarantino knockoff to that of genuine originality.

The screenplay, written by Richard Kelly (Donnie Darko; The Box), jumps around in time, kills characters whenever its feels like it and, incorporates every trick in a screenwriters handbook. Voice over, on-screen text, flashbacks, flash forwards, dream sequences, hallucinations. On a stylistic level, the film couldn't be flashier. But that fits Miss Harvey. The character and the real person. Domino Harvey lived her life with style and uniqueness, and never shied away from a fight. The film should have brought her into the public eye. And it very well could have...

Unfortunately, she passed away in June 2005 from an overdose of Fentanyl (a drug 100 times more potent than morphine), several months before the film's release. Tragically fitting, for a woman whose life story inspired Kelly to include the following line amongst her narration: "There is only one conclusion to every story-- We all fall down." 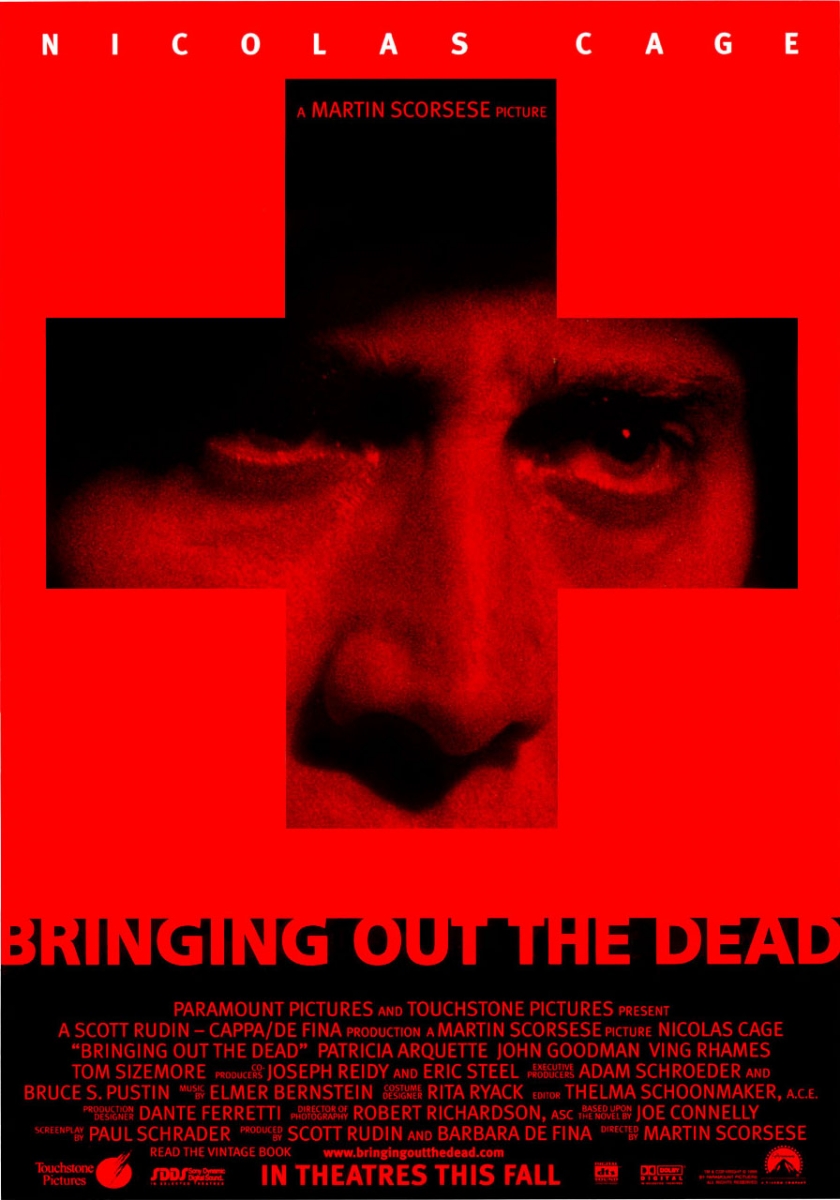 In Scorsese's pseudo-companion piece to Taxi Driver, Nicolas Cage plays a forlorn ambulance driver, who recently began seeing the ghosts of the patients he was unable to save. But unlike DeNiro's Travis Bickle, Cage does not turn outwardly violent, instead focusing the abuse on himself. The booze. The pills. The lack of sleep. Also written by Taxi Driver/ Raging Bull scribe Paul Schrader, the films share many thematic elements, including loneliness, grief and alienation. Doesn't that sound like box office gold?

Despite my tone, I love this movie. The cast is fantastic, particularly Ving Rhames, John Goodman and Tom Sizemore who play other paramedics who Cage will get stuck working shifts with. Each gets progressively more insane until we arrive at Sizemore. That sequence is one of the picture's best. The frenzy in his eyes during those moments -- reminded me that Tom Sizemore indeed used to be a go-to brilliant actor. His work here is fascinating to behold.

And Scorsese's camerawork is some of the finest of his career. That amazing shot of Cage climbing out of the wrecked ambulance, the camera tilting and tilting to keep him in frame, was stunning on the big screen. (BTW, totally empty theater. Yep, I got an unscheduled private screening for this one too.) But any good Scorsese movie has to have some killer music. Bringing Out The Dead is no exception.

The soundtrack is easily up there with any in Scorsese's filmography. Look no further than the beautifully epic (Yes, I know that word is overused but, not by me) use of songs like the Johnny Thunders track, "You Can't Put Your Arms Around a Memory", REM's "What the Frequency, Kenneth?" and the haunting yet, so cool "TB Sheets" by Van Morrison. I honestly never thought of this film as anything but, a masterpiece. That is until I began researching this article. O public, where were ye? 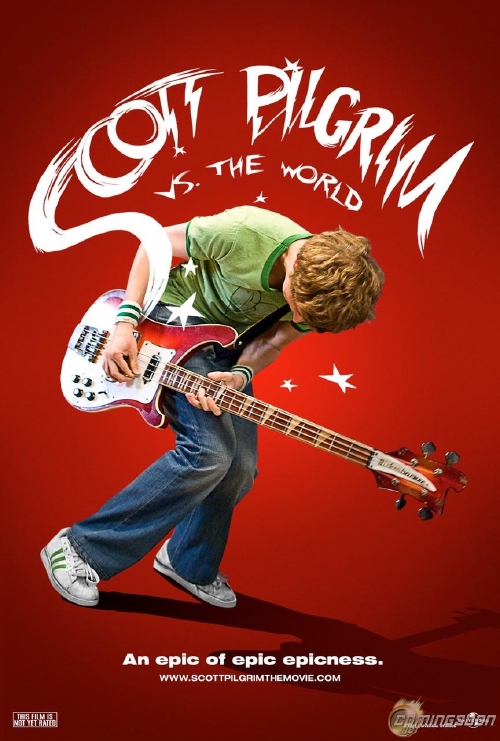 There is a huge divide of opinion when it comes to movies like Scott Pilgrim. Here is a true story from my life: While watching the Coming Attractions before a movie, the trailer for Scott Pilgrim Vs the World was played. Afterwards, I was about to lean in and whisper to my friend that I wanted to see that one, when a lady sitting nearby loudly exclaimed: "Ugh... That looks so stupid!" Judging by the films box office receipts, the general public agreed.

The film follows Scott (Michael Cera) who after falling in love with lovely Ramona Flowers, must battle (Literally-- we're talking swords here) her seven evil exes, in hopes of winning her heart. Not exactly realism but, you get the drift.

Director Edgar Wright applies a similar style as he did with Shaun of the Dead and Hot Fuzz but, adds a peculiar dash of visual coolness: Old school Video Game references all over the place.

Now that may sound cheesy on the surface (my least favorite use in the film is the Pee-Meter) but, Wright proves to have an endless wealth of brilliant ways to incorporate these effects. And they're not just jokey sight gags. They cleverly support the plot, all the while reminding us of a few fond memories from our Nintendo-childhoods.

The subsequent fanfare that geeks greeted the film with upon its BluRay release was a total 360. They adored it. It had gone from a failure to a cult classic nearly overnight. Finally, after its near-disaster theatrical release, it was proven that Scott Pilgrim does indeed have an audience. Sadly that audience doesn't usually see new films on opening weekend.