Netflix might be the future. The revolutionary little service that allows you to stream movies and television dang near anywhere --including your smart phone and tablet-- has grown by leaps and bounds since its mail-order rental days. But before I risk descending into the world of tech blogging, I'll digress: The conglomerate that is Netflix-- they no longer operate as mere content providers. Now, they're content generators.


On the hour-long-drama side of the scale, critical smash hits like David Fincher's House of Cards nicely offset the brooding dullness of Eli Roth's recent disappointment Hemlock Grove. Their first stab at comedy (sort of) was 2012's Lilyhammer, which followed an aging gangster (Steven Van Zandt from The Sopranos) relocating from the mean streets of New York to frozen roads of Norway. It was a very mild success.

On July 11th Orange Is The New Black, another new comedy from Weeds creator Jenji Kohan hits (the entire season goes public all at once, as has become the Netflix standard), set in a woman's prison. Heck, they're even expanding to kids programing.

But the high profile 2013 releases are unquestionably the Ricky Gervais series Derek (September 12th, 2013) and the long, long awaited fourth season of Arrested Development (now available on... you guessed it: Netflix.) Later this summer in Part Two, we will focus on Derek. But in Part One, the story of a wealthy family who lost everything and the one son who had no choice but to keep them altogether... 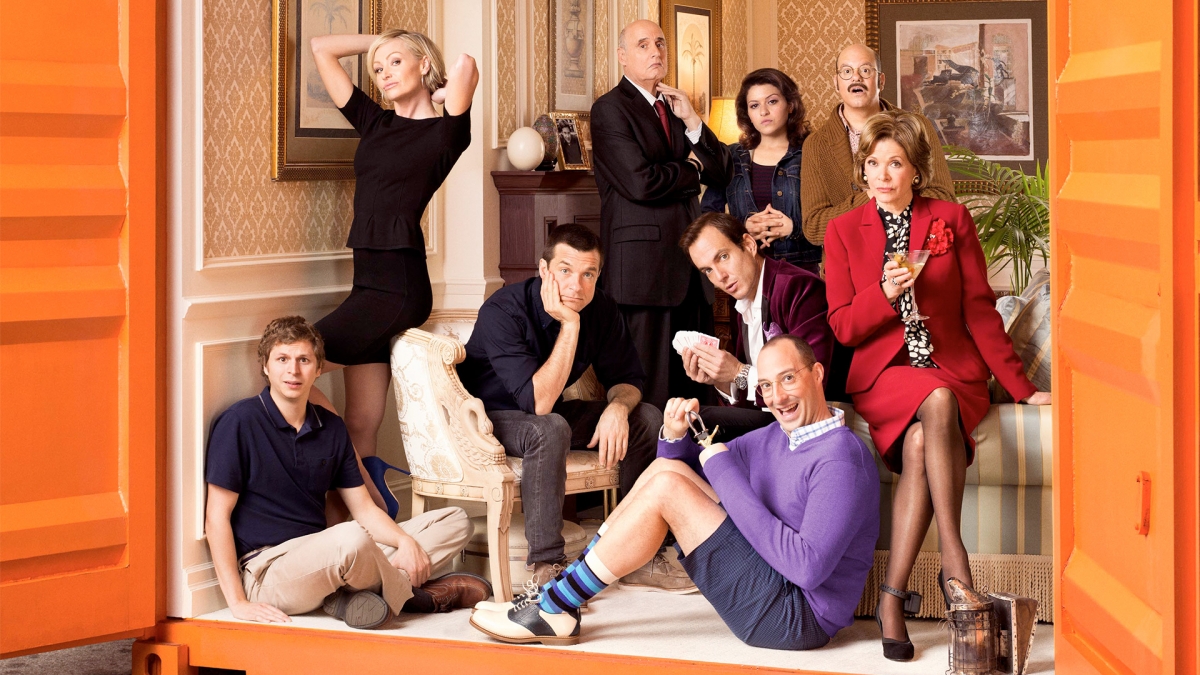 "Woah! For a second, I thought that was a real guy." -- GOB (Will Arnett) pointing to a painting of Jesus Christ.

The anticipation and hype could have ruined this long awaited homecoming. So often, the project in question -no matter what it hopes to achieve- cannot live up to those high expectations. But the ingenious fourth season of Arrested Development, now on Netflix, was certainly worth the wait.

What makes the show so unique and different than the majority of 30 minute sitcoms? Arrested Development (all 4 seasons) combines together to tell one singular story. Sure, there might be more than a dozen main characters to follow-- their lives twisting together in ever more bizarre and surreal ways each week. And it works.

Creator Mitchell Hurwitz has promised an Arrested Development movie in the somewhat near future. These new episodes function as the bridge to connect those classic FOX episodes with the as of yet NOT green-lit film project. Each episode focuses on one character, revealing how their lives have changed in the passing years. Be it George Sr (Jeffery Tambor), Lucile (Jessica Walter), Lindsey (Portia di Rossi), Buster (Tony Hale), GOB (Will Arnett), Tobias (David Cross), George Michael (Michael Cera), Maeby (Alia Shawkat) or even Jack Dorso (Martin Short).

Jus' kiddin' about Jack Dorso (AKA Uncle Jack AKA Bullet). Although, I would have been thrilled to see him return.

The structure of this new season can be tricky. If you miss an episode, you'll be utterly lost. Viewers who pay close attention are rewarded with inside jokes and visual gags so deftly integrated that they could easily be missed on first watch.

The plot centers on a disastrous Cinco De Quatro celebration, as well as the brewing production of a movie about the Bluth family to be funded by Hollywood big-shot Ron Howard and the ever resilient Michael Bluth (Jason Bateman). Meanwhile, Michael has the hots for Rebel Alley (the lovely and talented Isla Fisher), a sexy actress who is either Ron Howard's girlfriend or daughter. Michael isn't quite sure which.

Confused? Well, so is Michael.

Admittedly, the season opens rather dryly as the first two episodes (Flight of the Phoenix and Borderline Personalities) seem to favor plot over comedy. In retrospect, that set-up is totally necessary. It has been seven years. There is quite a bit of back story to catch up on.

Another stroke of originality is that looping structure, allowing each episode to be watched in any order you wish. Start with episode 8 and move on to episode 1, if you wish.

What do I mean by looping structure? The story spills out like a labyrinthine puzzle, pieces scattered everywhere. Episode 3 might feature the set-up to a joke that will not be paid-off until Episode 7. It's feels (in regards to the narrative) closer to a who-dunnit mystery than a comedy, an exceedingly rare compliment to pay a sitcom. The season quickly builds momentum as more layers and dimensions are revealed with each passing scene.

The casting of Kirsten Wiig and Seth Rogen as the young Lucile and George Sr wonderfully underline the already established order of their characters. George, a dimwitted blowhard sat next to Lucile, a manipulative and menacing dame-- head cocked like a cobra watching a mouse. ("And now you've got some mice to fish out of the sea...") In fact, every new cast member is seamlessly integrated into this already living, breathing world of weirdo southern California.

To make amends for burying the lead, I'll clarify: I adore this new season. The expansion and evolution of the plot, the changes, the new cast members, everything. It's so unique and complex in comparison to the past episodes, it feels almost closer to a sequel. A really good sequel.

Hurwitz and his writing team (including the great Jim Vallely, a veteran of the underrated 80's hit Golden Girls) achieved what most of those film sequels pathetically fail to accomplish: They brought back every single character, every single actor and every bit of nuanced genius without repeating themselves. Sure, we get a few call-backs ("Her?" or "I've made a huge mistake.") but, those soon fade to the background as the audience falls in love with the new running gags. (Simon and Garfunkel... anyone?)

As I said earlier, the movie has not yet been green-lit by the FOX (or any other studio), so let's not start counting our A.D. movies before they're produced. But Netflix has already publicly stated their interest in a fifth season. We could be seeing a Bluth family reunion much sooner than we think.

The entire series of Arrested Development, including the new 4th season is now available on Netflix.