"But if I'm really being honest, I never thought it would have a happy ending."

There used to be a time when The Office was an amazing series. It was smart, painfully funny, and its refreshing delivery in a mockumentary format put it above all other sitcoms at the time of its launch. The Office is now into its ninth and final season, and all the things that made it good have either become absent, or have grown tedious. What was once a spectacular series, that not only got laughs while being watched, but also at work or with friends the day after an episode was aired, has now deteriorated into a completely unwatchable series.

The biggest problem the series encountered, was that it adapted a BBC series for an American audience. While at first this was not a problem, over time the American version of the series suffered from this issue. The BBC Office was originally designed to only consist of two seasons, each comprised of only six episodes, and concluding with a Christmas special. The original series centered around having a flow to it that would make sense in this short span of time. Most notably, David Brent's life spiraling, and Dawn and Tim eventually finding each other. These key plots were meant to only last for the length of two BBC seasons, and were not intended for the American version of the series to milk them to no end. But to be fair, The American Office did do a good job in keeping Michael Scott an interesting character for about six seasons long. However, it was the Jim and Pam love story that went nowhere after they got together.

These days, The Office is nothing more than a huge cast of uninteresting characters, acting like caricatures of themselves, or being really stupid, in a bad attempt to generate laughs. It was not always like this, as the series used to be good, until the writing team made several crucial mistakes, on top of the declining quality of writing. Here is a look back to the first five times The Office jumped the shark, to see where it all went wrong. In chronological order...

Both Dawn and Pam were originally defined by three things. Their crappy job as the receptionist, being stuck in a mediocre relationship, and having a love of art. To these two women, the art represented a potential escape from the daily grind of a go-nowhere job. It was a hope that one day, they would become more than just a receptionist, and to have a meaningful career outside of the paper company. It was really the only light at the end of the tunnel for either of these two women. Both Lee and Roy were both dismissive of their fiancées' dreams of pursuing a career in art, which only made the two women more miserable.

And that was what separated Tim from Lee. Tim actually cared enough about Dawn, that he bought her that art set. This teary scene in the car ride away from Wernham Hogg was the climax of the BBC series, and what gave Dawn the strength to finally break up with Lee, and to realize that Tim was the right man all along. It was a beautifully emotional scene, one that the American version would never see. 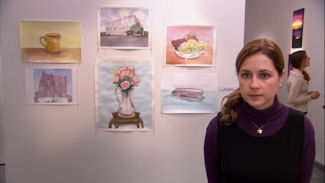 Instead, some genius decided to make Pam suck at art. Just look at those pieces of crap on the wall. Gil was being too nice when he described them as "motel art."

And it did not just stop there. Pam would enroll into art school, only to somehow fail her way out of it, and crawl back to her old job as a receptionist. 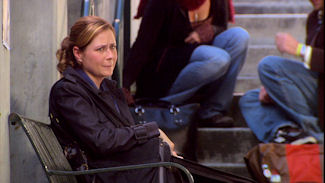 What was once an important storyline of the original series, was flushed down the toilet in the American counterpart. This was likely due to the American series running for so long, and needing an excuse to keep Pam at the Scranton branch, that the writers thought it was best to throw this storyline out the window. In doing so, all the hope the art represented was lost at the same time.

Capable. Beautiful. Charismatic. Serious. These four words hardly do Jan justice. But more importantly, she was way out of Michael's league. On top of all that, she was also Michael's boss. Jan had little patience for Michael's constant incompetence, and she always had to put him in his place. Jan was an excellent contrast to Michael's poor management abilities, which was what created some of the best moments on the show.

After Michael singlehandedly saved the company with his phenomenal sales skills in "The Client," he impressed Jan enough to spend the night together with him. Although nothing happened that night, it would become the start of a screwed up relationship between the two of them. 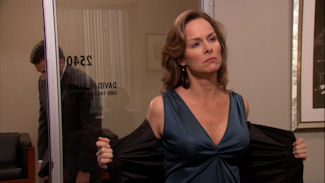 This relationship between the two of them would become a great source of humour, as Jan being the boss, and Michael being dumb made things difficult for the couple. So when Jan got fired, the series lost this great dynamic between these two. The sad thing was, nothing was gained from firing Jan, which led to her appearances on the show getting decreased significantly over the years.

One of the purposes that the temps on both versions of the series served, was to drive home the point that if Jim and Tim actually had any real motivation and ambition, they could do something with their lives outside of being stuck as a salesman at a paper supply company. Both the temps would end up getting an office girlfriend before Jim and Tim, and move out of their temporary positions. In the BBC version, Ricky got out after the first season. As for Ryan, he stayed to move up the ranks of Dunder Mifflin. 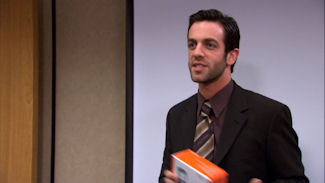 Under Ryan's rule, he would attempt to modernize the company with the nefarious Dunder Mifflin Infinity, which all the employees hated. He flaunted his long suppressed arrogance with his management jargon, and a look that screamed that he was overcompensating. After three seasons of putting up with Michael's idiocy, Ryan foolishly though he could do a better job.

But he did not. His pettiness would turn him into his own worst enemy, which would ultimately cost him his career.

Although Ryan was not as interesting as Jan in her position, giving Ryan this role actually added something new and meaningful to the series. After a season shortened by a strike, the series would lose this one new element that kept the series being fresh. 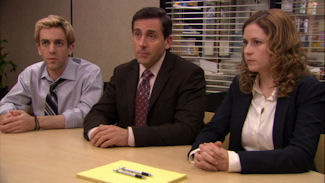 The failings of Pam, Jan, and Ryan, basically ruined these three characters. There was just nowhere for these three to go that was at all engaging or relevant. The last time Pam or Ryan would ever be worth watching, was in the awesome stretch that was the "Michael Scott Paper Company," wherein Michael led his team of losers to a stunning victory against Dunder Mifflin. After this, the series had no idea of how to keep Ryan an interesting character.

For the record, whoever invented the clip show needs to be shot. Clip shows are lazy, cheap, and offer nothing at all. They are simply a transparent attempt on the part of the production company to save money by recycling old material. All producers know that fans hate clip shows, but to them, negative fan reaction is worth the costs a clip show saves. 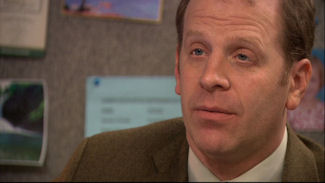 But what made this clip show that bad, is that The Office was supposed to be a (mock) documentary. What kind of a documentary gets rehashed into a clip show? To top it all off, The Office already had a clip show on the season five DVD, of the one hundred moments. This episode was completely pointless, and was best remembered as the first episode to truly disappoint.

The next disappointing episode, not surprisingly, came right after the clip show. That episode would turn out to be none other than "Sabre." The idea of Dunder Mifflin going broke and getting bought out by a printer company did not contribute to the downfall of the show. Instead, it was how the writers handled it. By the time this episode came out, the series had already seen a noticeable decline in quality, but there were still some decent moments, and potentially good storylines left to be told. When Sabre came in, it killed everything.

Dwight and Ryan teaming up against Jim? Gone.

David Wallace as the CFO? Gone.

What did we get instead? Darryl moving upstairs. Darryl is the kind of character that was great in small doses, only when contrasted with Michael. On his own, he is a bore. But Darryl's presence was the least of the concerns, as lots of new characters joined the cast of The Office. Worst of all, none of them were any good. Every new character that has come on board after "Sabre," has been horrible. Absolutely horrible, And the ones that are still around to this day, continue to stink up the series.

The introduction of these new bad characters was paired with the unignorable increasingly bad writing. With no direction to go, all the characters just got dumber and dumber, making the new characters even less of a welcome on the series. A storyline would have a character do something stupid, and that one singular unfunny gag would be milked into a plot that lasted the entire episode. It was hardly realistic, and totally devoid of humour and respect for the viewers. But then again, most of the viewers had stopped watching The Office after Michael Scott was written off the series.

Steve Carell can not be blamed for getting the hell out of The Office. After Sabre came in, Carell's presence was the only thing that made the show worth watching. After his departure, The Office had NOTHING to offer. It became so awful, that there was no point in watching a series that had clearly gone on for too long. So when should have The Office ended? 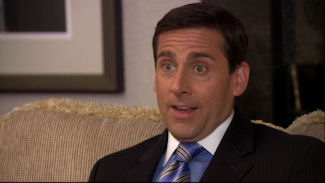 It had the necessary qualities of a series finale: the company going downhill, and Michael fearlessly giving it to his bosses. This was the last episode of The Office (with the possible exception of "Threat Level Midnight") that was really funny, did something new and interesting, and saw Michael in both his best and worst moments. To pretend it all ended here would be the best way to remember The Office.