I was planning on going to the beach this weekend but one look outside has put a damper on my plans. No need to fret because movies have that ability to provide people with vicarious experiences. I can see the world while never having to leave my living room. I'll start my trip in 13th Century Scotland for a swords and sandals party with Mel Gibson in Braveheart. Then I'm off to Paris circa 1951 to soak up some art and wine with Leslie Caron and Gene Kelly in American in Paris. Flash forward to 2019 L.A., and I can help Harrison Ford track down androids in Blade Runner.

Phew, I could use a little rest. Maybe a little fishing trip with the boys. Did someone say Deliverance? Well...maybe not.

Anyways, who wants to go to the beach? 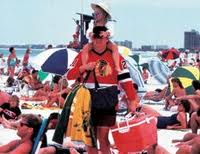 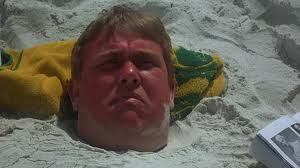 Not all beaches are an oasis. It may be a tad difficult to hit up Maui every weekend, so the local public beach is the most affordable substitution. Any family can relate to John Candy trying to find a spot on the crowded sand or fighting a killer sunburn in this amiable 80s comedy. 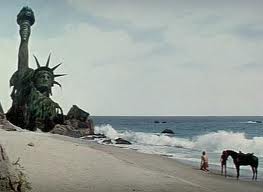 One of the all time great twists in movie history. Astronaut George Taylor (Charlton Heston) takes a horseback ride along the shoreline of the Forbidden Zone and finds out the true identity of the "alien" planet ruled by apes. 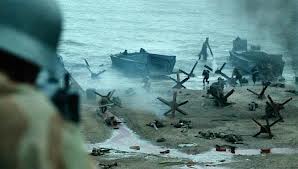 Not exactly the type of 'beach' you might be thinking of, but Spielberg's recreation of the Normandy invasion on Omaha Beach raised the bar for cinematic recreations of combat. A twenty- seven minute attack on the senses, the opening of Saving Private Ryan changed the way people looked at scenes of combat, much like he changed the way people thought of sharks in that other beach movie he made twenty years earlier. 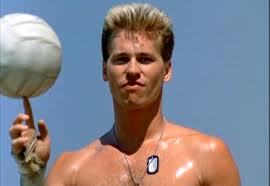 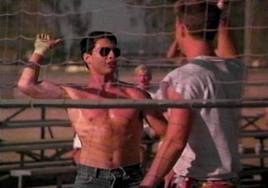 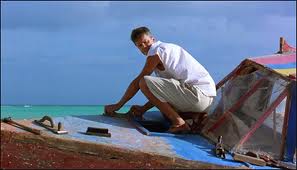 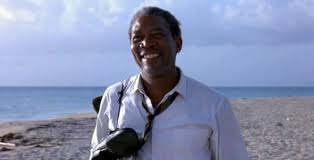 Free of urban noises and technological distractions, an oasis can make you feel the joy of being alive by stripping you down to your essence. It's just you and nature. Soothing sunshine, crystal clear water, a cool breeze on your bare skin. It can make you feel young. It can make you feel alive. It can give you hope. All of this can be summed up in the final shot of this beloved prison drama.

Honourable mentions: Ursala Andress sauntering up the coast in Dr. No (1962), Halle Berry doing and Ursala Andress impression in Die Another Day (2002) , Pee Wee Herman singing "The Bird is a Word" in Back to The Beach (1987),... I could go on, but the sun is coming out!