Walkey Talk: I'd Like To Buy The World A Series Finale

I was at a lounge last Saturday night. A well dressed man in his early twenties was sitting at a nearby table and I overheard him ordering an Old Fashioned because "That's what Don Draper drinks!" I wanted to call this guy a loser but I was doing exactly the same thing. Except I didn't admit it aloud. Besides, his horn rimmed glasses were much nicer than mine.

Last week, one of the most influential shows in television history came to an end. A show that influenced fashions, furniture, and yes, alcoholic beverages of choice for wannabe hipsters.

Fueled by social media, we're practically in a golden era of series finales. It helps that the quality of the material is very high. High quality writing intended to provoke, coupled with a forum for people to discuss, series finales and social media are a match made in heaven.

With no new episodes left to find out what happens, we're left with viewers' interpretations and imaginations. Any good art should inspire discussion – controversial or not, it means the art is alive.

Much has been said about the ending of Mad Men, specifically the final scene. After seeing Don meditating on the cliffs of Big Sur, supposedly having found peace with all his past demons, we cut to the famous 1971 Coke ad, I'd Like To Buy The World A Coke, thus, implying that Don took all his confessional cleansing and therapy and turned it into a multi-million dollar ad campaign.

There's been some outcry over the ending being too cynical. I don't deny that. But I liked it, more specifically, I bought it. It's realistic. And by realistic, I don't mean true to life necessarily, but true to Don's life. Given the journey that I've been on with Mr. Draper for these past seven seasons, there's a certain investment that I've bought into. An investment that desires the characters to act a certain way. It earns its ending. It fits.

Yes, it is cynical. That doesn't mean it lacks merit. It's not a happy ending. It's the right ending.

It's virtually impossible to please everyone with a series finale. Fans have a tendency to take ownership of the material. This inability to surrender control, more often than not, upsets viewers over what happens because it's not how they envisioned it in their minds.

You don't have to like what happens. It just has to make sense given the context of the story and the characters involved.

Mad Men understands human behaviour enough to know that growth takes time. Change is a process. It's going to take a lot more than a weekend yoga retreat to straighten out Don Draper.

Not just the boozing, the womanizing, and the using people for personal gain. But the guy's been living someone else's identity for his entire adult life! Come on people, it's going to take years of therapy to change the mindset of something that's been ingrained for decades.

Not to say that there wasn't some growth, obviously. Yes, I wept during his confessional phone calls to the important women in his life. And I believed the pain and empathy he felt for the other man who thought his life was worthless during the group therapy session.

I do believe he is truly sorry for his sins. But that doesn't mean he's still not a businessman.

We were lead to believe that Don was undergoing a full transformation, then, just like the essence of advertising itself, all of which we were watching was not what it seemed. And we found out we were just being sold something. 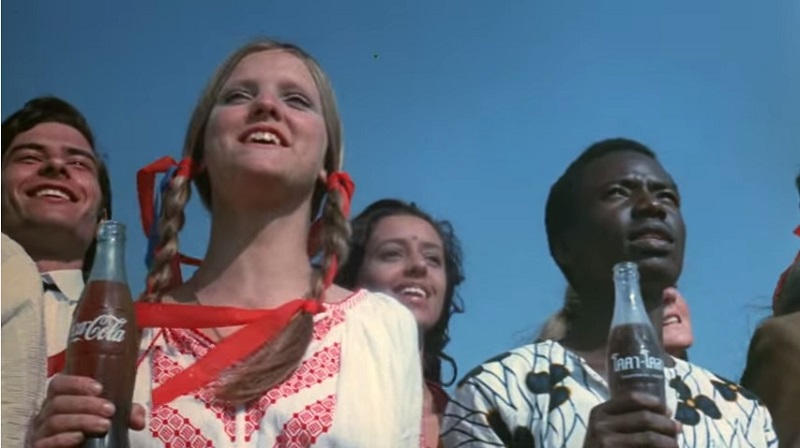