"I'm in the empire business."

If there is one thing that makes Breaking Bad so endearing, it is watching the downfall of Walter White. It is an incredible transition, defined by a man who is fighting back in the worst possible ways imaginable. The result is a man who over time goes from being sympathetic, to totally villainous and despicable. This article takes a look at the changes in Walter White, as his descent into the criminal life becomes more severe and entrenched. Keep in mind that when reading this article, that it was written during the mid-season break, so content from the final eight episodes will not be included here. 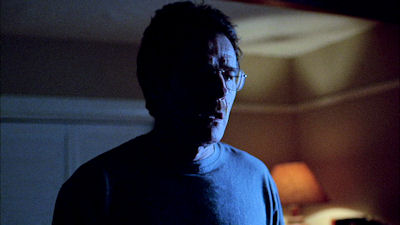 Before being diagnosed with lung cancer, Walter was living a mediocre life. He had fumbled into an unrewarding teaching career, and an even worse part-time job at the car wash. Communication and emotional intimacy between him and Skylar were missing, despite her pointing out that she did not want to be locked out. In addition, their son, Junior, had a disability, and there was a second child on the way. Walter was discontent with his life, but without sufficient motivation to do anything about it. 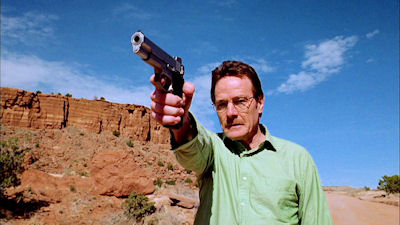 Take all the things that were not going right with Walter's life, and add terminal cancer and a tour of a poorly run meth lab to that list. Combine all these elements, and you get Walter's dying wish of profiting from making high quality meth in the time he has left. Walter really thought he had nothing to lose, and everything to gain. Somehow in Walter's head, turning to crime was an acceptable mean to leaving his family financially secure after his death. 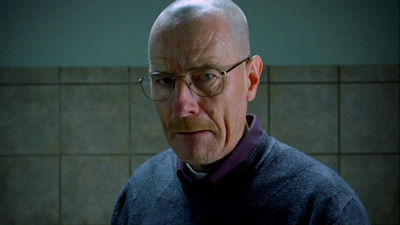 After the run-in with Tuco, Walter had not learned his lesson yet. He continued to partner up with Jesse, in order to manufacture more meth. As the cost of doing business went up, Walter also grew more aggressive and dishonest towards the people around him. But since he was going to die anyways, he rationalized that the only thing that mattered was leaving behind a lot of money for his family.

The second stage of breaking bad officially began in "4 Days Out," wherein Walter's thirst for money meant having to deceive both Skylar and Jesse, in order for him to be able to go out and cook. This was one of those episodes that really showed the ugly consequences of bad decisions, and even led to Walter having a brief moment where he realized and regretted the harm he did to his family.

Stage 3 - As a ship on the waters advancing. 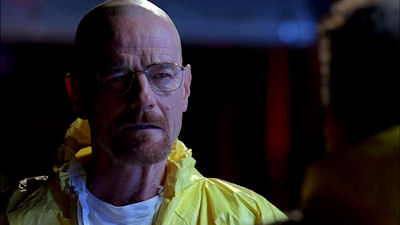 Walter's life would go downhill significantly in the first four episodes of season three. His relationship with Skylar had worsened to the point where she had an affair. Walter tried to retaliate by tracking Ted down, and by bumblingly coming on to Carmen. Respectively, this led to Walter getting physical with Saul over the bugging, and in getting suspended from his teaching job. As Walter was moving his box of work belongings to his vehicle, Jesse showed up with some meth that he made on his own. Since Walter was not having a good day, he was insulting towards Jesse and the product, pushing Jesse into going straight to Saul to make a deal with Gus. 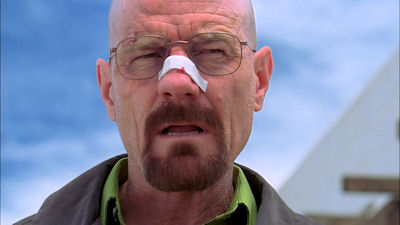 The nightmarish fourth stage of breaking bad began in "Full Measures," with the meeting out in the desert. Realizing that he and Jesse were severely screwed, Walter knew he had to do something drastic in order to save him and Jesse from certain death. Jesse had suggested Walter turning himself into the DEA, but Walter would not even consider that option. This meant that Walter would have to take matters into his own hands, by ordering the death of Gale. It was desperate and short-sighted. But when a man like Walter is cornered, he is not expected to make rational decisions.


Even when Walter was hopelessly pinned, his repressed ego still somehow found its way out. In "Box Cutter," after Gus entered the superlab, Walter decided to go on a big and irrelevant, yet recriminating and self-aggrandizing rant, in an attempt to convince Gus to spare him and Jesse. Gus had already made up his mind, so Walter's words would not have made a difference, except to prove that he was the more expendable one, between him and Jesse. Walter would further prove this treachery, by bringing a gun to work, going to Gus' home in the middle of the night, and by attempting to get Mike on his side. Jesse may have been a degenerate addict, but he never mounted any kind of an uprising against Gus, except when ordered by Walter. So as far as Gus was concerned, an unthinkable role reversal was the best possible solution to his problems. While Jesse was quickly growing into a more valuable role under the tutelage of Mike and Gus, Walter was falling apart, and only being held together by his massive ego. 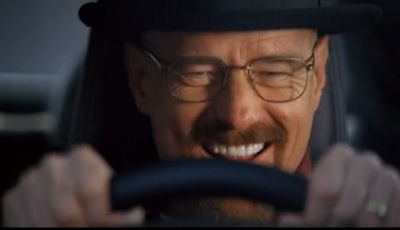 Beating the impossible odds of killing Gus unleashed the fifth and final stage of breaking bad in Walter. In this stage, Walter has adopted nothing short of a god complex. No means is beyond his imagination, ability, or any external restrictions. What he wants, he will get. Little things like morality, hurting other people, and a fear of getting caught for his recklessness mean nothing. Walter had become dismissive of the opinions and even facts stated by other people, as only his point of view matters. Those that know Walter, find that he has changed for the worst, and that his greed and need for control, has made him too dangerous to oppose or to even ally with.

When the first half of season five concluded, it seemed like Walter got his happy ending. He had his huge pile of money, exited the meth business, and things were seemingly back to normal. Everybody in the family was happy to be with each other. But the past always comes back to haunt people (especially criminals), sometimes in the most unexpected and unimaginable ways possible. That book that Walter had so thoughtlessly brought home with him, ended up as convenient washroom reading material, and literally into Hank's hands. So what does that mean?

It means that everything that Walter had worked so hard for, will be for nothing.

Needing something as excessive as a full fledged machine gun, is indicative of how much trouble Walter will get himself into, in the final eight episodes of the series. How he will get to that point, will be revealed in the second half of the season, which premiers on August 11, 2013. Stay tuned.