Indiana Jones and the Dial of Destiny

I love it when a performer is a journey and not a destination. In our era, no performer fits that description more than Marc Maron. In his 30-plus years, we have seen many different iterations: newly sober Marc, dealing with anger Marc, accepting validation Marc, etc. Last night was no exception.

This set was a set of a man coming to terms with what people are calling, "the end of the world". Maron playfully referred to it as his "Jeremiad" speech1 -- a telling of how we got here, how we might not fix it, and coming to terms with that chaos. It might not sound it, but it was actually really comforting. This was the reoccurring theme on the topics of politics, religion, and toxic masculinity, all the way to his relationship with his now-elderly parents. It was at one moment quite existential, and the next, deeply personal.

While one could argue the topics and cadence were not new for Maron, the delivery system was. Often, he jumped to a seemingly unrelated bit, before finishing the bit he was on, and jumping more into portraits of fantasy scenarios than I'd ever seen him before. All the while I was thinking: "This is really funny, but I don't know where he's going. Can he stick this landing?"

The feeling might have been heightened by the fact that the festival theatre had to turnover in time for the next act, but Maron had more show than time. This often lead to exasperations of, "this might be a little too real and rough, but just know I would've broken it up with more light and touching moments" or, "which part of this do you wanna hear right now?" This is not a dig on the show. It made it awesome. You were watching a master craftsman stitch and edit in real time, while still balancing the laughter. A choose-your-own-adventure game show about art. I have often felt that because of the unique structures the JFL42 festival, that it is a great place for people who love comedy to see how the sausage gets made.

This show was the closest I will come to seeing Lenny Bruce live. I do not mean this as a snooty name drop to cultural importance, but rather referencing the way Lenny structured an hour. Spoiler alert: Marc stuck the landing. The reason I didn't see where he was going was because I was expecting the show to build in the way someone might walk up a hill. Marc Maron was building a tower. He wasn't jumping from bit to bit, he was putting in different support posts, until every idea finally formed in to one giant spire of fantastic context (literally).

It was so interesting to watch him talk about chaos, in the chaos of creating that new show, just for us. Chaos breeds invention and that's just what happened. Marc's fantasies were larger, his insights were deeper and darker, his attention was more personal, and his outlook more cohesive. I love watching Marc Maron because he is consistently a performer, and person, who is constantly in progress. 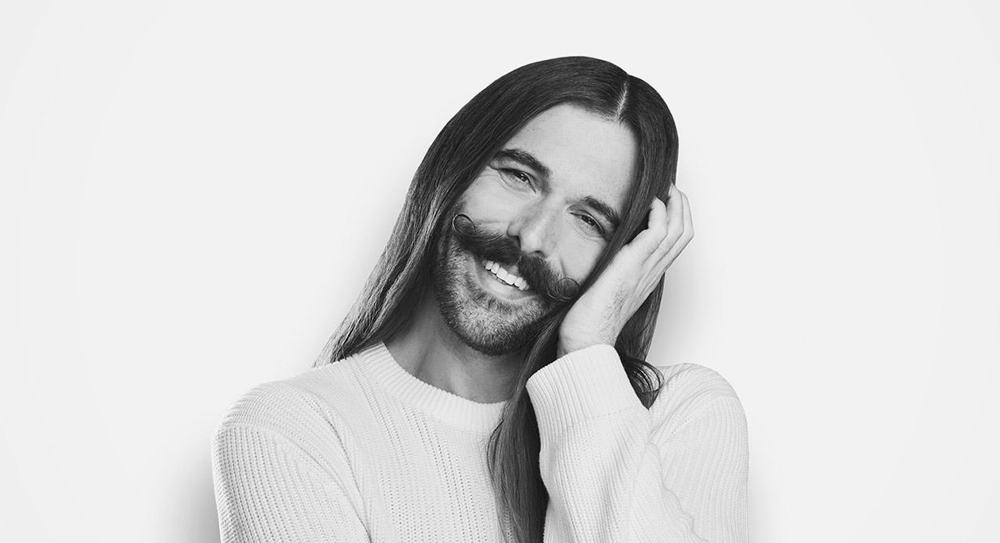 Fans of Jonathan Van Ness went home happy after a headlining show that featured costume changes, footage of the 1996 Olympics, and even a live floor routine. If you've ever watched Queer Eye and asked yourself: "Is this person for real?" The fierceness, fabulousness, and hyper-active charms of JVN have been confirmed as both real and spectacular, honey.

Comedians at all levels tend to downplay their good looks and success for a laugh, but Jonathan let the audience in on just how gorgeous life has been for him lately, and how truly baffled he continues to be by that gorgeousness.

As someone who was admittedly figuring out stand-up comedy as he goes, he did have a few moments where a little more experience in joke writing would have benefitted him. However, any slack in structure was picked up by the hilarious supporting acts Robby Hoffman and Naomi Ekperigin, and Jonathan's vibrant personality was more than enough to satisfy even the thirstiest of devotees.

1 The original version of this piece referred to Maron referencing his "Jeremiah Johnson" speech. It was corrected to reflect him actually calling it his "Jeremiad" speech.